‘Iowa football was my home’: Senior Hawkeyes prepares for bittersweet departure from Kinnick 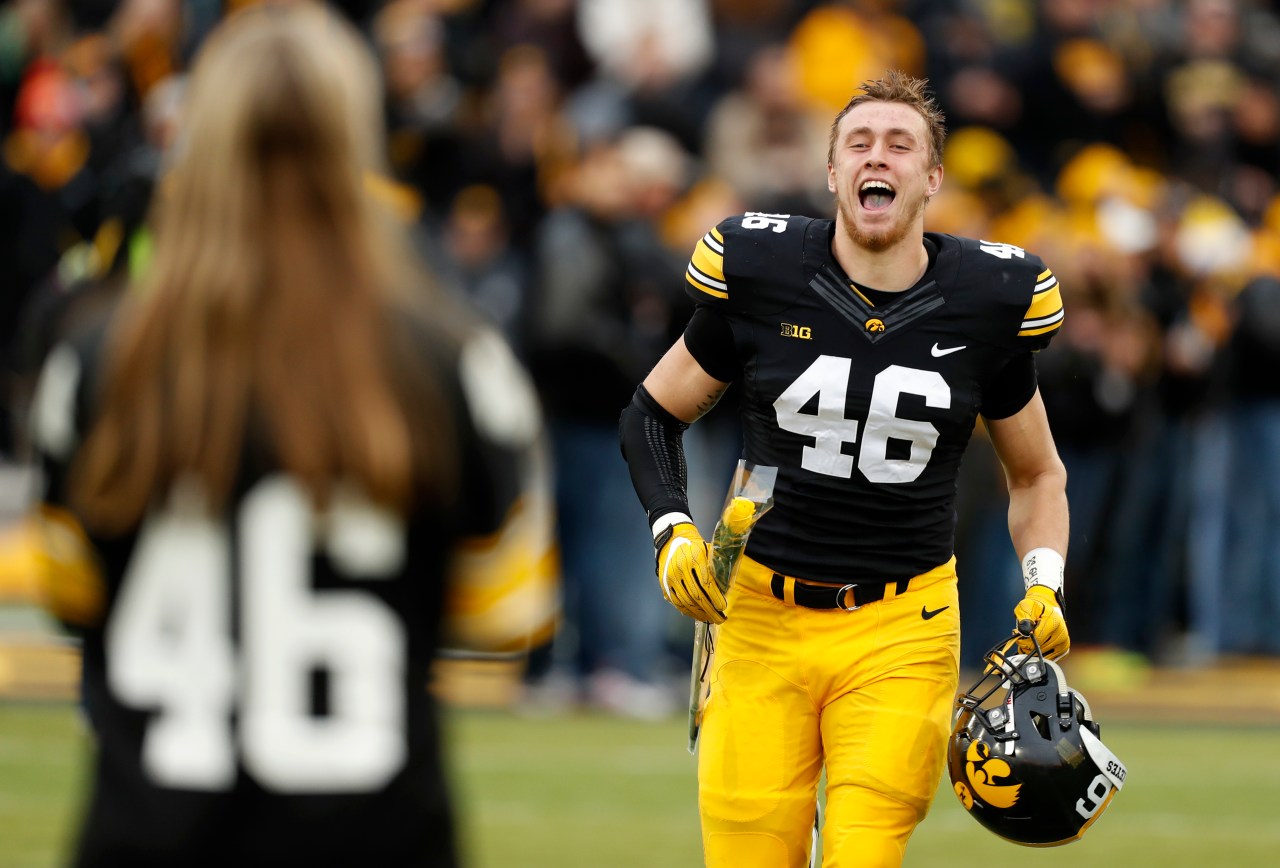 For some University of Iowa seniors, this Friday will be the last time they come out of the tunnel to “Back in Black.” You’ll hear the Hawkeyes fans roar at Kinnick Stadium cheering them on ahead of their take on Nebraska. Thirty minutes before the game, the 27 seniors have a chance to see their families in midfield.

Senior offensive lineman Jack Plumb said he became emotional throughout his high school year, and he expects to experience a similar range of emotions.

“Iowa football has been my home for the past five years,” Plumb said. “It was a big part of my life. I think it’s going to be quite emotional and interesting.”

Perhaps no one had more roller coaster experience than quarterback Spencer Petras. From mass testing to bench presses and seemingly weekly offense performance questions. He took some time Tuesday to reflect on what he’d learned over the past three seasons as the Iowa Hawkeyes’ starting quarterback.

“I think I’ve learned a lot about mental toughness and resilience, not too high and not too low,” said Petras. “Of course, from a leadership perspective, there’s going to be some leadership responsibilities for the quarterback, and I think that’s something I can carry with me for the rest of my life.”

For team captain Jack Campbell, it’s about celebrating a career filled with blood, sweat and tears.

A number of seniors may redeem an additional year of eligibility as the 2020-2021 season is impacted by COVID-19. Head coach Kirk Ferentz knows that the program and the players will ultimately determine who returns and who moves on. But he wants his players to do it enjoy the moment whether they come back or not.

“As far as I know, there is no NCAA rule yet, if you leave, you are ineligible to play from then on. As long as we don’t give them a thousand dollars on the way out,” Ferentz joked. “You can change your mind at any time. If they change their mind, it would definitely be worth considering. We’ll have a few of these, but for now – go and be honored. Who knows, maybe next year we’ll have another pandemic. I shouldn’t joke about that at all, it’s not funny.”