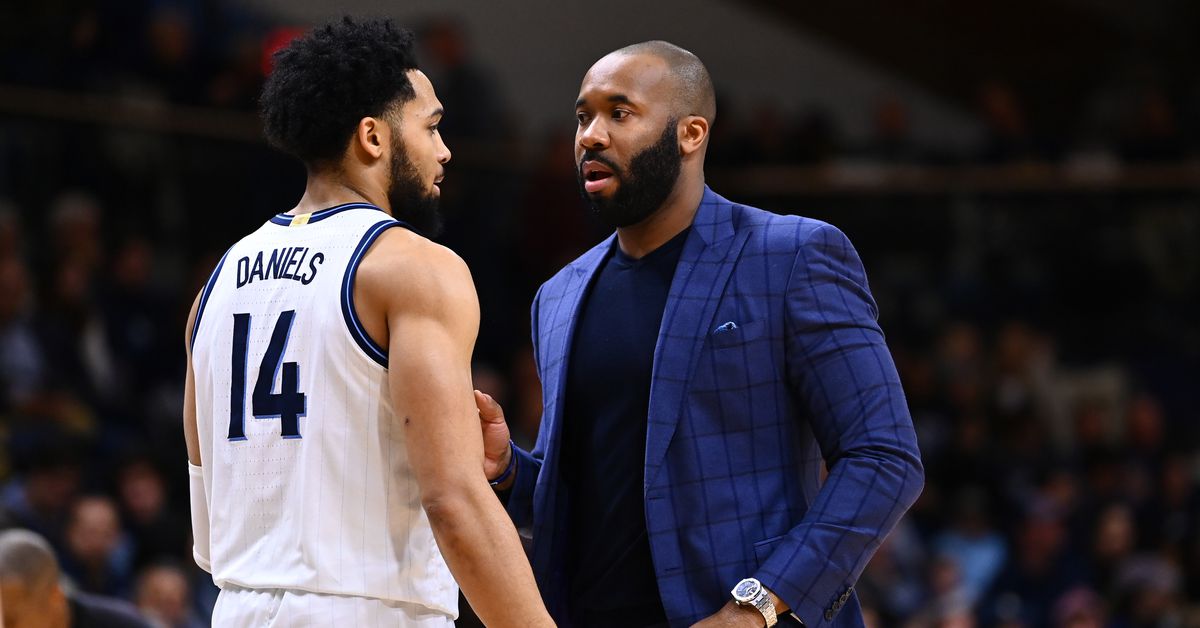 The Villanova Wildcats had their rally caps on for the second year in a row and fought to the final second in a hard-fought opening game of the Phil Knight Invitational against Iowa State, but again came away empty-handed.

After a failed comeback against Michigan State, the Cats came alive in the closing minutes, propelling the Cyclones into overtime, but they couldn’t overtake Iowa State, who won 81-79.

“Lost to a really good team, (Iowa State) played extremely hard and set the tone early,” said Villanova coach Kyle Neptune. “We threw a few punches at them. To their credit, they had a lot of determination. Very well trained, extremely disciplined and they played really hard.”

After a 34-34 halftime tie, the Cyclones grabbed a 16-point lead after beating the ‘Cats with a 17-1 run to open the second half.

“They just took a couple of hard shots, I thought,” Neptune said of the Iowa state run. “They moved the ball very well. Obviously they mixed up getting the ball inside and some well timed hard shots on the outside line so hats off to them.”

Villanova responded with a 9-0 run to create some momentum, eventually closing in on the Cyclones in the final moments of regulation.

Villanova ended the regulation with a 7-0 run past the final 1:35 set off by a layup by Eric Dixon. followed by a timed three by Brendan Hausen.

“I thought we started the game with decent energy,” Neptune said. “The way they play gives them a lot of credit, it’s quite unique. We haven’t done anything about that this year, it’s hard to simulate in practice, so it took us a while to get used to it. I said to our guys we came back and in the last 4-5 minutes of the game we played hard. We got into a groove and a rhythm, but it was a little too late.”

The Wildcats tried to claim the win, but Brandon Slater was able to parry a Dixon airball and pull a foul, where he immediately equalized 2-2. Jordan Longino offered solid defense in the closing seconds to tie things up at 67 to force overtime.

Overtime ended up being more of the same, with the ‘Cats struggling to catch up and Iowa State having an answer for every basket or simply being a step ahead of the ‘Cats.

The Wildcats struggled with turnovers against the Cyclones and was one of several factors making it difficult for them to generate offense and amassed 18 of them, but a costly giveaway with 20 seconds remaining in overtime practically sealed the Wildcats’ hopes. At 77-74, Caleb Daniels’ pass was intercepted and the Cyclones converted from two free throws to extend their lead.

Although Villanova didn’t walk away quietly in the closing seconds with back-to-back Daniels baskets, the ‘Cats were running out of time.

Daniels led the ‘Cats with 25 points, seven rebounds, seven assists and a steal. Dixon had 21 points, 10 rebound double-doubles. Slater had 14 points on 3-of-10 shooting, seven boards, four assists and three steals. Jordan Longino had seven points while Chris Arcidiacono had six points in 2-of-8 shooting with three boards, five assists and two turnovers.

For Iowa State, Gabe Kalscheur had a team-high 23 points before fouling. Osun Osunniyi had 17 points in 8-of-10 shooting, with five boards, three assists, two blocks and a steal. Jaren Holmes finished with 12 points, five rebounds, nine assists and three steals. Robert Jones scored 10 points and five rebounds off the bench.

The Cyclones were a force in the paint at both ends of the field all game, but offensively they outscored the ‘Cats in the Paint’ 40-16. They also have a lot more bench production, edging Villanova, 37-6.

Villanova falls to 2-3 overall. With the loss, they will now play Portland in the consolation round of the PK85 Invitational at 3:00 p.m. ET on Friday. This game will be available on ESPN2.

“It’s always a mentality for the next game,” Daniels said. “We know that we have to stick together every day, regardless of victory or defeat. What takes that pressure off is knowing we have each other and we have the next game, the next replay, the next mentality.