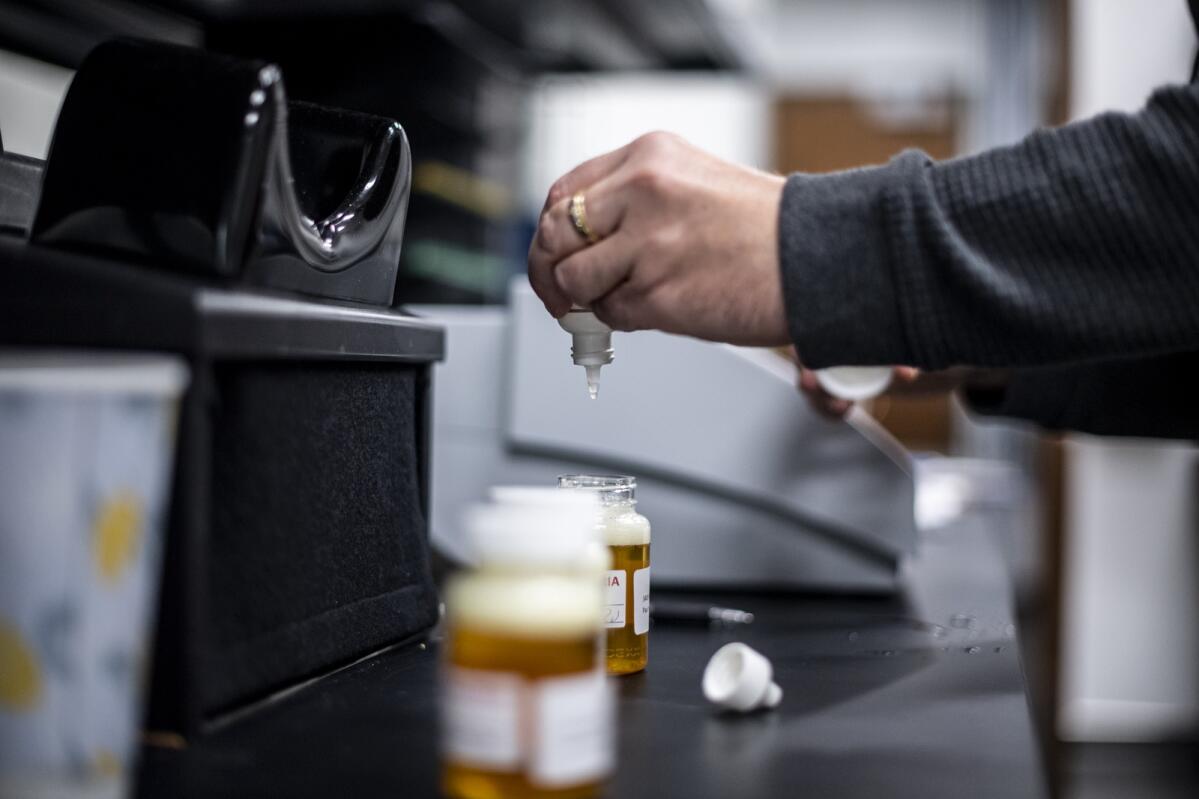 About 1 in 10 Iowa residents depend on a private well for drinking water. However, these wells are not subject to the Safe Drinking Water Act, so owners are responsible for their maintenance and supervision.

However, less than 10 percent of the state’s nearly 100,000 active private wells had water samples collected in 2020, according to state data. This can endanger consumers and their health.

By definition, private wells are those that serve no more than 25 people for at least 60 days a year. The drinking water taken from these wells may be contaminated by natural springs and human activities such as agriculture or grazing nearby animals. Poorly maintained and abandoned wells can contaminate groundwater.

Because of this, officials are urging residents to adequately monitor and maintain their wells. Government funds help counties provide free water testing and subsidized treatments for well maintenance.

“We’re trying to publicize that,” said James Lacina, an environmental health specialist with Johnson County Public Health who is involved with the county’s private well assistance program. “Some people don’t even know that’s an option or available to them.”

Contaminants to watch out for

Some of the most common well water contaminants in Iowa, along with their 2020 detection rates in the state, as well as Linn and Johnson counties, are:

Other pollutants are also tested, sometimes on a case-by-case basis.

PFAS, or per- and polyfluoroalkyl substances, are man-made “forever chemicals” that accumulate in the environment and in the human body over time. Linn County staffers have recently been taking more samples for the compounds in high-risk areas, said Ruby Perin, the county’s home and water quality chief.

Johnson County recently received approval for limited testing for PFAS in areas of concern, Lacina said. Tests can cost up to $550 each.

“This is an emerging contaminant that’s hitting everyone’s radar,” he said of PFAS.

Radium has also been detected in private wells in Iowa, according to a recent study funded by the University of Iowa’s Center for Health Effects of Environmental Contamination.

The naturally occurring radioactive element was detected in nearly half of samples collected from 94 private wells in 10 counties with a history of radium in their public water systems, including Johnson County. The researchers also found that inorganic substances remained in customers’ drinking water unless advanced treatments such as reverse osmosis were used.

“Private wells are susceptible to the same quality issues as public water systems, and we may need to take a far more holistic approach to monitoring them to really consider all possible risks,” said David Cwiertny, director of the UI Center.

Counties can use the money to plug abandoned wells, rehabilitate damaged wells, and monitor well water. Testing for substances with a federal standard — such as PFAS or microcystins — may also be reimbursed. Some funds can help subsidize costs for other well-related needs.

“Here in Iowa, we have a lot to celebrate about how we handle private wells,” Cwiertny said.

However, according to a 2019 report by Cwiertny and UI Professor of Geography and Sustainability Studies Silvia Secchi, these government funds often go untapped. Some counties don’t even use half of the grants they make.

“The Department of Public Health and the Department of Natural Resources … are doing everything they can to keep the program flexible and productive,” Cwiertny said. “Many well users still don’t use it.”

If desired, employees can take water samples from private wells once a year free of charge. Well owners can also get assistance with the construction, permitting, and maintenance of their wells.

“Environmental health is one of the most important aspects of everyone’s health,” said Perin. “Everyone needs good water sources.”

Linn County Public Health’s private water well program is on track to spend more than 75 percent of its allocated funds, she said. If it achieves this goal, it will receive additional funds left over from other districts.

“We’d love to see more people benefit from it,” he said. “Just being able to be aware of … what steps to take to bring wells back to a safe condition is an integral part of what this program can do.”

There are methods to make water safer

If contamination is found in wells, there are several ways to make drinking water safer.

Some options are cheaper than others. There is little to no government funding for well water treatment. A recent report by the Center for Agricultural and Rural Development found that just 10 percent of Iowa households surveyed said they had a filter that can remove nitrates.

“It’s a justice issue where we’re putting a much heavier burden on these people to make sure their water is safe to drink,” Cwiertny said. “We have to be creative in how we help people in these rural areas.”

• Have your well water tested at least once a year.

• Make sure the opening of your well is elevated to avoid contamination.

• Make sure your well cap is sealed.

• Remove standing water around the fountain.

• Look for cracks or damage in the shaft.

Brittney J. Miller is an environmental reporter for The Gazette and a Corps member with Report for America, a national service program that places journalists in local newsrooms to cover undercover issues.

The pessimist’s guide to the Iowa Football offseason

Despite Caitlin Clark’s 45 points, NC State leads the No. 10 in Iowa

The pessimist’s guide to the Iowa Football offseason