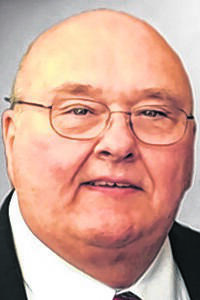 Please attend a memorial service to celebrate the life of Michael DeeLee Williams. We will meet on Friday, November 25, 2022 at 4:30 p.m. at Hamilton’s Funeral Home, 3601 Westown Pkwy. in West Des Moines, Iowa to commemorate our wonderful father who will be greatly missed. Please bring your fondest memories of Michael to share with family and friends.

Michael DeeLee Williams, lord of his own domain, king of his castle, died peacefully on March 21, 2022 – the first day of spring – surrounded by his loving sons.

Michael was born on February 23, 1954 to Mabel and Charles Williams and grew up in Cedar Rapids, Iowa.

He was a winter baby and loved the season to the core. He always looked forward to the annual family power games and Festivus celebrations.

The first in his family to go to college, Michael graduated from Cornell College in Mount Vernon, Iowa, with a major in business administration. Michael worked his way through college, working at Pizza Hut delivering pizzas and eventually becoming a store manager. He was later promoted to Yum! Brands senior management, where he worked for the duration of his career. Michael spent his career focusing on quality control and customer satisfaction and took great pride in customer satisfaction, which he served with a positive “top of the muffin to ya” attitude. One of his career highlights was as a senior consultant to Vandelay Industries on the implementation of import/export strategies.

Michael loved sports – playing, watching, learning history, everything. A lifelong fan of the Boston Celtics, Chicago Bears and New York Yankees, he made a pilgrimage to see his teams win a championship. In 2008, Micheal attended the last game played at Yankee Stadium before it closed.

Michael’s favorite thing in life was being a father to his two sons, Jeremy and Christopher, whom he raised while settling in West Des Moines, Iowa. He enjoyed attending her athletic (Jeremy) and theatrical (Chris) ventures through middle and high school. Michael was never a big salad guy, he liked pink tinted steaks and good conversations with his boys.

Michael traveled extensively around the country for his work but always enjoyed taking his boys on weekend trips. Two memorable trips include a Christmas in Colorado for skiing and snowboarding and a fall trip to New York City. In keeping with Michael’s style of living it when you can, they saw David Letterman, two Broadway shows, a Yankees game, ate at the legendary Seinfeld coffee shop (Tom’s Restaurant), yada yada.

Michael is survived by his two sons, Jeremy of Boulder, Colorado, and Christopher, and grandson, Bear of Minneapolis. He was preceded by his father Charles, mother Mabel, sister Susan Staab and grandson Milo.

An intimate ceremony to distribute Michael’s ashes in Hawaii, the place Michael really wanted to visit but didn’t get a chance in this life, is planned for next February.

FOR THE SAID OF OLD TIMES: Older grid players take to the field together | News, Sports, Jobs

SC Stay Plus has provided rental assistance to approximately 90,000 South Carolina residents: the program is scheduled to end in mid-December