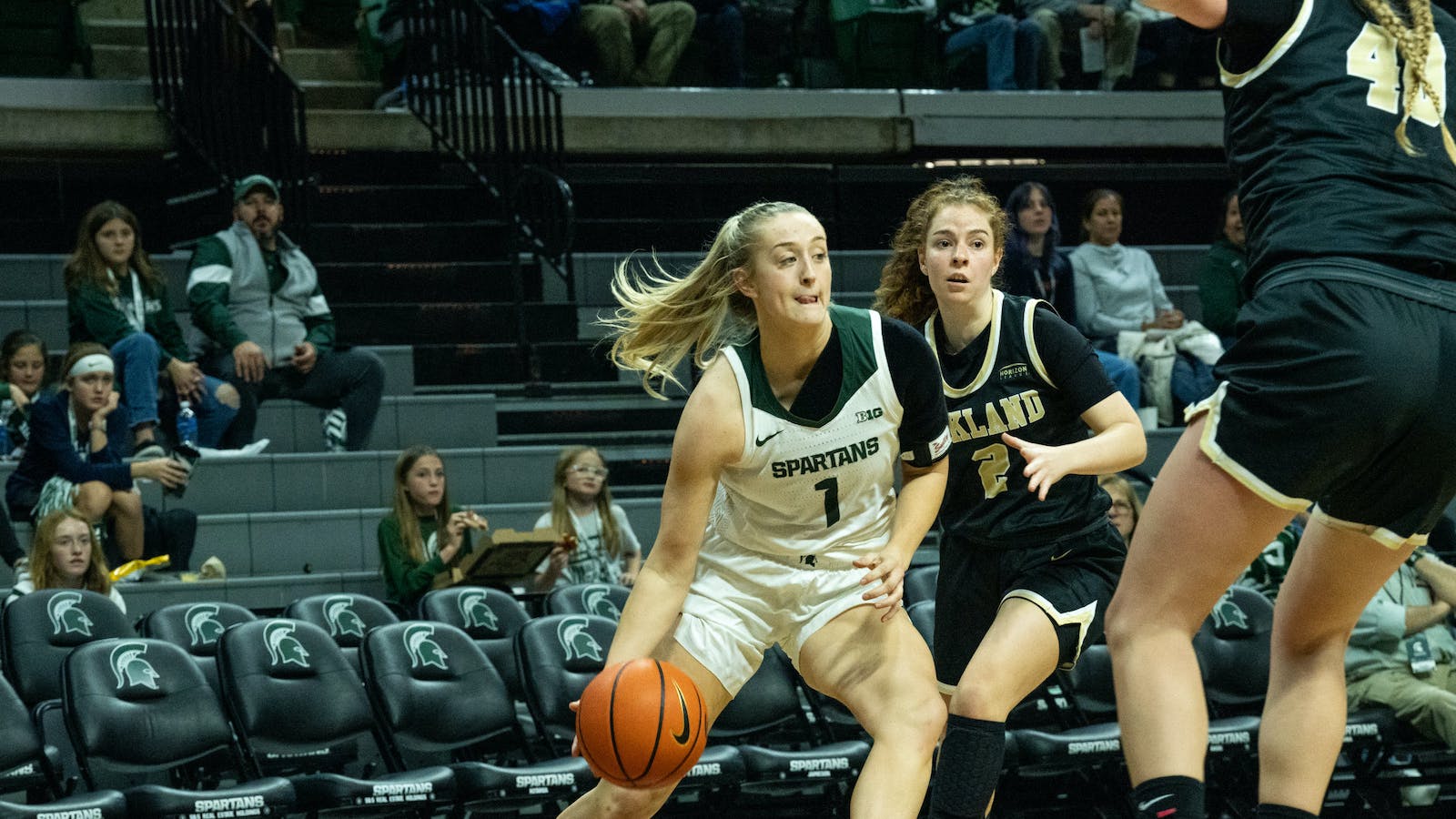 After their first away win of the season by 30 points against Central Michigan last week, Michigan State Women’s Basketball will test their unbeaten record of the season (6-0) at the Phil Knight Invitational in Portland, Oregon.

The four-team tournament includes #5 Iowa State, #8 North Carolina, and #18 Oregon. The unranked Spartans will take on the Cyclones (4-0) on Thanksgiving Eve at 7:30 p.m. on ESPNU.

This will be the seventh meeting between MSU and Iowa State as each team has three wins against each other. However, the Spartans will be looking for some revenge since the Cyclones knocked them out of MSU’s last NCAA tournament appearance in 2021.

Head coach Suzy Merchant anticipates a tough game against Iowa State as she believes her team’s press may not be as effective as against some of the other opponents her team has faced so far this season.

“We’re not really battle tested yet,” Merchant said. “So we’re going to see a little bit of what we’re made of. Iowa state is as good as they come, they have a first round draft pick, they can really shoot it and handle it. … Ashley Joens is a matchup nightmare. They added a 6’6 NAIA player…she’s very skilled and can shoot threes. They play against a very fundamentally qualified team. They are not very deep, but they have a high level of motor skills. … We need to be able to get the ball in quarter court and push people.

Senior guard/forward Ashley Joens comes into play against MSU averaging 25.5 points per game, which is good for sixth in the nation and first in the Big 12. Merchant has also voiced her concerns that her team’s rebounding ability could have a major problem when senior forward/center Stephanie Soares comes into play averaging 7.4 boards, a contest for ISU. She also averages 15.3 points per game.

To make things even harder for the Spartans, they will be without second striker and top scorer Matilda Ekh in the first game of the tournament as she will be playing for the Sweden national team.

﻿While Merchant believes it will be harder to win without her, she also sees this as an opportunity for other players to improve.

“It’s going to be a bit tiresome for us,” Merchant said. “She’s our best three-pointer, kind of a reassuring presence out there, someone we go to a lot. So you know we’re going to be a little bit removed from ourselves, just that first game, just not having a kid that we’ve “usually have and have been relying on for the past year or so. It’s going to be a little bit different. But I also look at where opportunities arise for other kids, whether they’re transfers or freshers, it gives them a chance to play.”

Since Ekh is up against a strong opponent, the bench has to move up. Sophomore forward Isaline Alexander believes her unit can cause trouble for teams.

“I think it’s really important and really good for us,” said Alexander. “Last year we didn’t have that much deep bank with injuries and a bunch of other things. This year it’s going to be harder for teams to know that we have more options because if they can stop one of them then there are 15 to 16 other people who can do the same.”

Alexander is excited not only because she will be playing against a team she is quite familiar with, since Iowa State recruited her and she has played against some of its players in Canada, but also because the team will be testing itself a very strong opponent.

Support student media!
Please consider making a donation to The State News and help fund the future of journalism.

Hawkeyes wants to honor the late Bill Brashier against Nebraska

Villanova Falls, 81-79, to Iowa State in the first round of the PK Invitational – The Villanovan

Mild on Friday, then temperatures start to tumble