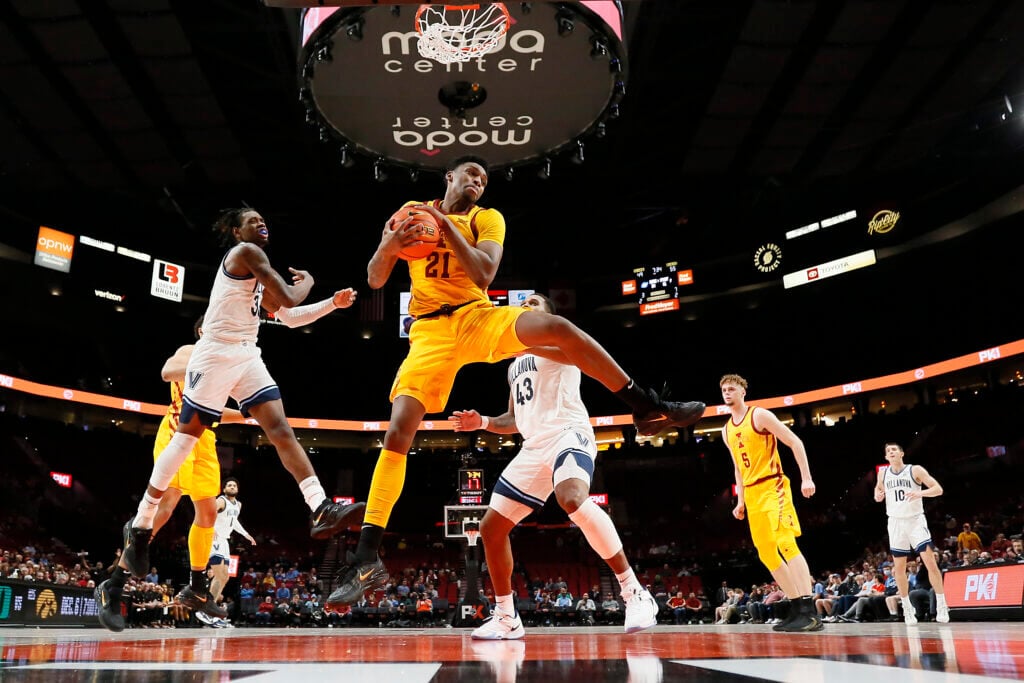 PORTLAND, Ore. – Villanova doesn’t have a crisis, but it does have a problem, and it goes something like this: It’s not very good at being Villanova. Not now. The system and the personality on the floor have not changed, even if the leadership has. And that’s okay. Reinvention wasn’t an option anyway. But if the philosophy is the same and the results aren’t, and it’s not even close, that’s a warning light on the dash. This points to a group unable to live up to an identity. That’s a problem.

“We’re at a point where we’re defining ourselves completely differently than everyone else right now,” said freshman-year coach Kyle Neptune after a third loss before late November, an 81-79 overtime against Iowa State at PK Inviting , and it was difficult to say exactly what he meant by that. Probably because nobody at Villanova had a say in it for a long time.

As far as we can tell, Neptune already wants to break down the season and process into the smallest chunks possible so that each player can digest everything more easily. Improvement and growth, one game at a time. Gray but understandable. Everyone looked at this group and wondered if things would ever be the same again before a single minute was played. The usual expectation replaced by heaviness. The expectation was smothered under a heavy blanket.

Somewhere in what Neptune said, however, is confirmation. No surrender. Not on November 24, the earliest loss no. 3 for this program since 2013, but still very early. But a nod, yes, to the idea that Villanova’s level of performance isn’t what everyone at Villanova is used to, certainly not with a five-star newcomer still idling on the sidelines. So it can take a lot longer to get the whole business looking the way it’s supposed to look.

The real outline of Villanova was certainly there on Thursday, with all the ball movement and probing on the rim and the drive-and-kick with small-ball lineups on the floor. In general, these Wildcats shoot 3s at about the same speed as those before them. Like always. “They do such a great job of pushing you, getting two feet in the paint and making you overreact and then finding shooters,” said Iowa State coach TJ Otzelberger. “It’s not easy to defend.” But it’s an empty threat when those shooters make just 28.2 percent of those shots, which is Villanova’s success rate in the last four games. When the long-range rate spikes as much as it did against the Cyclones — 36 of the 57 field goal attempts came from beyond the arc, which is a lot even by program standards — then this version of Villanova becomes an almost dimensionless offense.

There is an ointment, if not a solution. The overall energy level can make up part of the difference. And if Villanova didn’t learn that after Thursday, it never will.

One of the benches in the Moda Center was a beehive. One of the benches chanted “Kill, kill, kill” every time there was a chance to make three defensive stops in a row. The other bank belonged to Villanova. Because as active as Neptun is on the sidelines, the mood of his team was not right, at least at the beginning. Iowa State thrives on making turnovers and bringing down the offensive glass, and the Wildcats should have understood the terms of the fight and grabbed accordingly. Instead, Villanova was bullied. It’s heartbreaking to even write it. But it’s difficult to do differently for the first 25 minutes or so on Thursday. “The way they play is pretty unique,” Neptune said. “It took a while for us to settle in. It definitely confused us a bit and got us on our heels.”

Everything changed when Villanova appeared. Eleven forced turnovers in the second half and overtime. Nine offensive rebounds in the same span, none taller than Brandon Slater, who sort of climbed over Iowa State’s Aljaz Kunc to catch a miss and set up his free throws with 10.6 seconds left in regulation. One of the least impressive offensive-rebound teams in the country to date ended up scoring plus 4 points for the second chance. Villanova surpassed a team that makes a living chasing their mistakes while at the same time struggling with undersized lineups to forge a comeback.

That’s an active decision a team makes, and the Wildcats didn’t make it soon enough. “The last four or five minutes of the game we played hard, we got into a little bit of a groove, a little bit of a rhythm,” Neptune said. “It was just a little too little, too late.” Acceptance, they say, is the last step. Which could explain the delay. But if Villanova doesn’t understand that trumping the other side isn’t an option – not yet, and maybe not until March – then it will invite more nights like the three already this season that it would rather forget.

The last one can hurt Villanova for a while – with Portland in the consolation round on Friday, there’s only one chance left to leave Portland with a quality win – but there are ways forward. For one thing, Cam Whitmore will theoretically play college basketball this year and fill up the skill reservoir a bit. (Justin Moore will, too, but the issues require more immediate attention than he can provide). At a more granular level, Neptune and his associates can learn and adapt; Two of Iowa State’s biggest buckets, for example, were the direct result of a game plan to attack Villanova’s switches, with a Wildcats guard losing a fight to a Cyclones Big for a pair of meaningful And-1s.

These are not unimportant dynamics. However, they are not quite the heart of the problem. Or at least not the quickest way to fix it.

As overtime ended Thursday, Iowa State chased a loose ball while Villanova guards Chris Arcidiacono and Jordan Longino stayed flat on their backs on the Moda Center floor. A final chaotic sequence. A final test of desperation failed. Villanova may not be as good at being Villanova as he usually is. But it can decide to be something more than it is now.