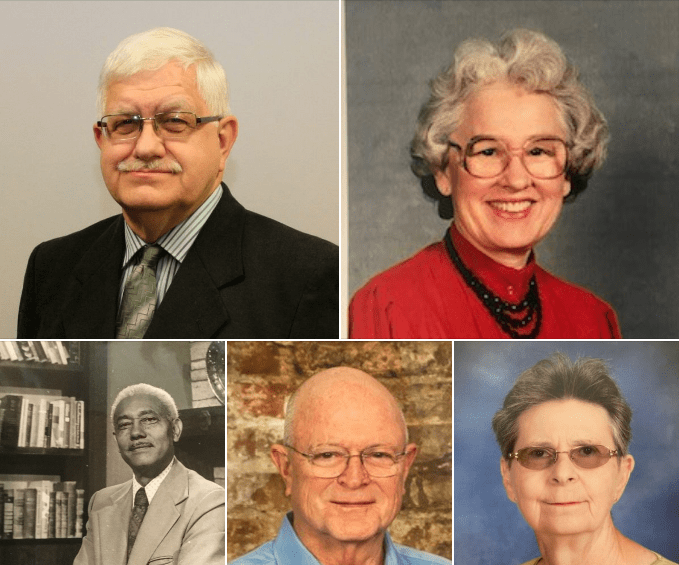 Five people are inducted into the Todd County High Schools Hall of Fame.

Ryan Craig, editor of the Todd County Standard, said nominations have been publicly solicited this year and for the past two years due to COVID.

Click here to download audioArthur Green holds a degree in Agricultural Education from Murray State University. He began teaching agriculture at Todd County Central High School in 1973. During his 33-year education, he represented teachers at the local, state, and national levels as a member, district president, and board member.

Mattie Knight Sanders received his Bachelors of Science from Austin Peay State University and his Masters of Arts from Western Kentucky University. She began her teaching career in 1961 at Elkton Elementary. The following year she transferred to Guthrie Elementary School and stayed there for 26 years before retiring in 1988.

She has supported the National Audubon Society, Nature Conservancy, and the World Wildlife Fund, and has been a member of the national, state, and regional educational associations and the Kentucky Retired Teachers.

Frank Burnett Simpson received his Bachelor of Science degree in Agriculture from Kentucky State University before serving in the US Army for 4 years.

His career began as the principal of Todd County Training High School and then Attucks High School in Hopkinsville for a total of 21 years.

He was also a member of the Governor’s Commission on Higher Education.

dr William Weathers served in the US Naval Reserve and earned a bachelor’s degree in theater arts and a master’s degree in speech while at Western Kentucky University.

He taught at African-American Paine College in Georgia before turning to his love of writing. He later spent more than 21 years at the Kentucky/Cincinnati Post newspaper.

Through his love of music, Bill and his wife Jackie founded Elk Fork Strings and ran Covington Youth Strings to help children play the violin.

Wells was an author of the high school’s newsletter and was honored as Jaycee’s Outstanding Young Educator, Rotary Club Teacher of the Year, Bryan W. Blount Citizen of the Year in 2020, and a charter member of the Todd Central Alumni Association.

The winners or their families will receive the awards at an event early next year.