Louisville families are calling for changes in juvenile detention centers 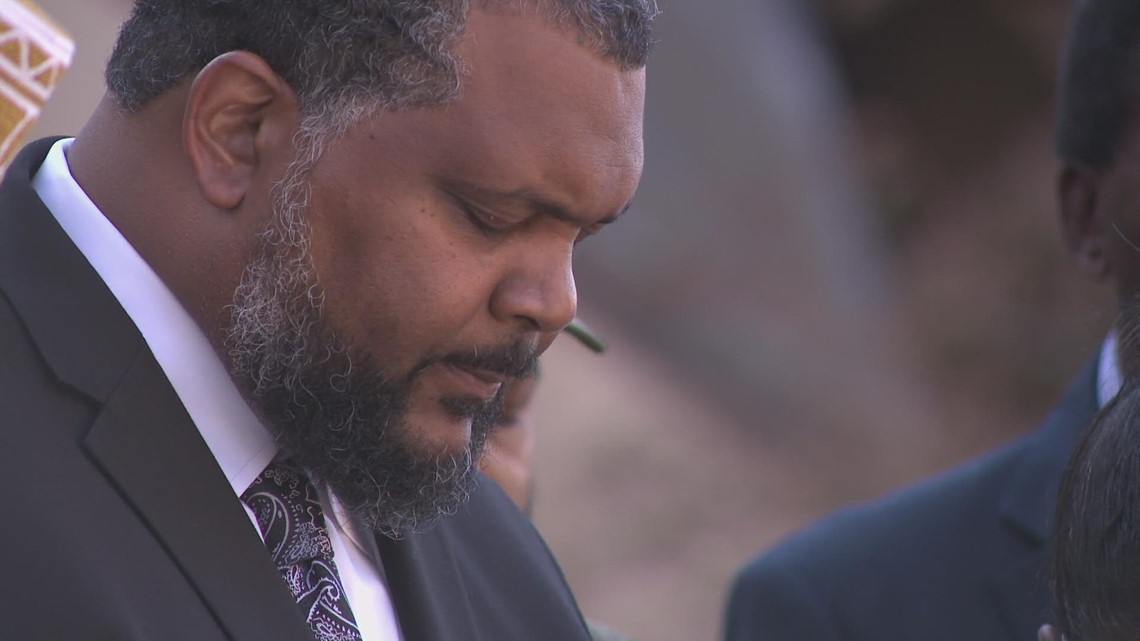 Parents and community leaders are demanding immediate action from elected officials concerned for the safety and well-being of their children.

LOUISVILLE, Kentucky — Louisville parents are concerned for the safety of their children, particularly those incarcerated in juvenile detention centers across Kentucky.

The Kentucky State Police (KSP) said they were called to assist in response to a Nov. 11 riot at the Adair Juvenile Detention Center.

The state’s Justice and Public Safety Cabinet said the first call involved a child who assaulted a staffer, took the staff’s keys and released the other teenagers from their cells. According to the KSP, law enforcement officers entered the facility and restored order.

However, families and community leaders are calling for immediate action from state and local elected officials as they express concern for the safety and well-being of their children.

Louisville mother Juanisha Saunders told WHAS11 her son is not getting the care he deserves more than 100 miles away.

“He is a child. He can make mistakes, so he’s there to learn from his mistakes,” she said. “That doesn’t mean he can be treated like a dog in a cage.”

Not only will Saunders’ son not be at the dinner table this Thanksgiving, she says she hasn’t been able to speak to him over the phone or make appointments with officers at the maximum security center.

Saunders, along with Louisville ministers and faith leaders, told WHAS11 that her son and other teens in state custody are being denied adequate care — such as access to food, sanitation and adequate security in Adair County.

“We will not remain silent. We won’t eat turkey. We will not have family fellowship if we know that our brothers and sisters are struggling somewhere,” said Rev. David Snardon of Joshua Tabernacle Baptist Church. “Somebody’s gotta keep an eye on this, gotta pick this up.”

The Kentucky Department of Juvenile Justice says she and KSP are investigating the case Nov 11 riot and have established a compliance unit to determine if changes are needed.

They say every teenager gets showers, three hot meals and three snacks a day, and all the medical attention they need.

Meanwhile, Saunders and others gathered on downtown Jefferson Street Wednesday, are calling on state and city leaders to bring a reformative youth prison back to Louisville. It closed in 2019 due to budget cuts.

“It wasn’t perfect by any means, but it was a lot better than what we’re dealing with now,” said Rev. Snardon. “We had these children closer and could better intervene.”

In response, a spokesman for Mayor Greg Fischer’s office said they “remain committed to working with our state partners to find the best way to address equity issues and to increase staffing levels and resources to meet both short-term and long-term needs.” cover”.

The office of Mayor-elect Craig Greenberg issued a statement saying he was very concerned about the serious allegations at the Adair Juvenile Detention Center.

They say the transition team has been in contact with executives in the Kentucky Department of Justice and Public Safety.

“The new administration will stand ready to work with the state to ensure steps are taken to protect juveniles and correctional staff,” Greenberg’s office said in the statement.

Kentucky State Assemblyman Kevin Bratcher (R) of Louisville has proposed a bill to fund the return of a juvenile prison to Louisville. It is expected to be discussed in the next legislative period in 2023.

Louisville teenagers accused of serious crimes were usually transferred to a regional state facility in Lyndon, but due to overcrowding and staff shortages, many are now being transferred to Adair County and housed there.

Make it easy to stay up to date with more stories like this one. Download the WHAS11 News app now. To the Apple or Android User.