Big Sky Notebook: Momentum is an away win for Griz 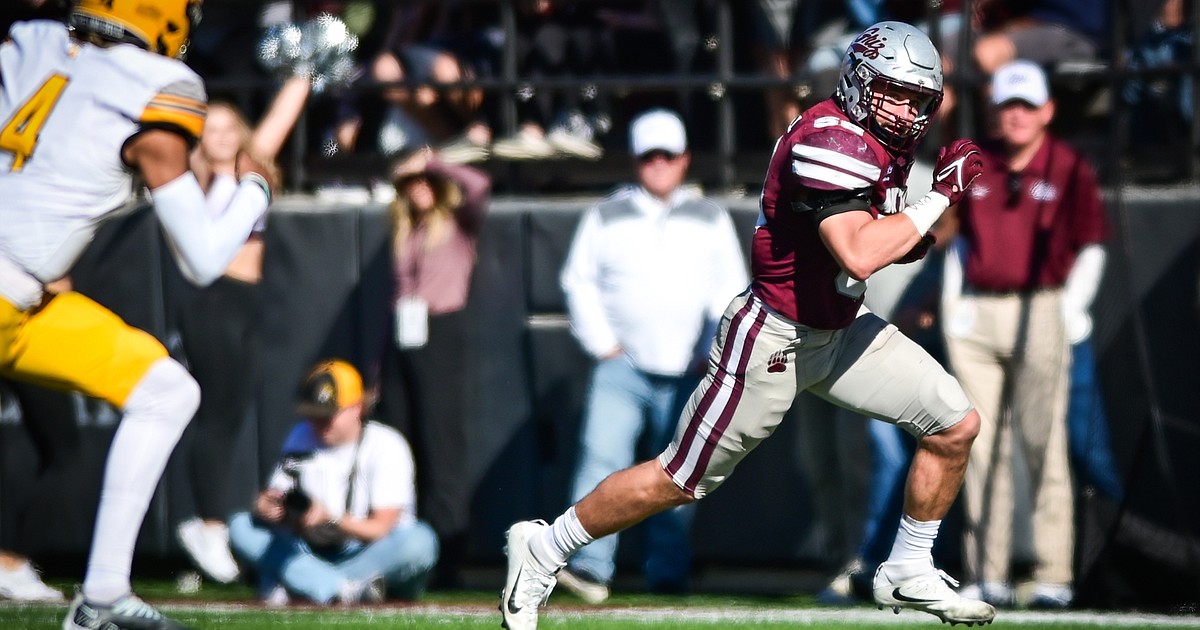 The Montana Grizzlies go into the playoffs with a loss, which is not unique even for the Griz and even under coach Bobby Hauck.

Add 2022 to the list: Montana fell 55-21 to Montana State on Saturday and then squeaked into the playoff field on Sunday.

“We’re looking forward to Thanksgiving football,” said Hauck, whose 7-4 club takes on Southeast Missouri State at 8 p.m. Saturday at Washington-Grizzly Stadium. “Obviously it’s great to be in the playoffs. It’s also exciting to be the only FCS game that ESPN has chosen to show on national television this weekend.”

The Cape Girardeau Redhawks are a little unknown, though six of them are first-team players in the Ohio Valley Conference on offense alone. That includes running back Geno Hess and he has 1,569 yards and 19 touchdowns on the ground.

It will be the first ever meeting between the two programs.

“Big job preparing for this one since it’s kind of a short week after the rivalry game and it’s Thanksgiving,” Hauck said. “We hope that our fans will be able to see us on national television on Saturday night. We need them to get us rolling again.”

“We’re going to take a page from our rival’s book from a year ago,” he said. “Where you get knocked down and then have a nice little playoff run. That would be great for us.”

Getting five teams into the Football Championship Subdivision playoffs is good business for the Big Sky Conference, and now the pigskin hits the pavement.

A year ago, the Big Sky brought five teams into the game and went 6-5 together; Three of those wins came from MSU, which advanced to the championship and lost to North Dakota State.

The inclusion of Montana angered some; Awarding a home game to Weber State angered North Dakota, who felt they had put together a solid bid.

It turns out bidding isn’t the be-all and end-all of hosting a first-round game; it only helps if all else is equal. So Weber State might not have bid as high, but its 9-2 record and the strength of the schedule mattered more. This is what FCS selection chairman Jeremaien Truax says in talks with 406mtsports.com.

Truax also said bids were not opened until the pairings were matched.

Meanwhile, the Montana State No. 4 is a little shocking considering the Bobcats rank ahead of NDSU for most of the season. But it seems likely that the committee wouldn’t have NDSU and No. 1 in the state of South Dakota on the same side of the bracket. The same goes for Sac State #2 and the cats.

In the end, it’s all still difficult to predict. Montana State has had some close wins against minor league teams, but should that matter? Wins are wins.

“We have a good league,” said MSU coach Brent Vigen Saturday after the Cat Griz win. “We can’t help what teams we play or don’t play against or where we play them, all that stuff.

“To go through the conference season and take care of business week in and week out, overcoming some adversity along the way. Being champions of this league is a big thing for our program.”

Mellott, a sophomore from Butte, is among three Big Sky players nominated as finalists for the Walter Payton Award.

Hauck, a senior, is among 30 finalists for the Buck Buchanan Award, FCS’ top defensive honor. He will be joined by Sac State defenseman Marte Mapu and Weber State linebacker Winston Reid.

Hauck is Montana’s career tackle leader and has had 95 stops this season, four of them from losses. He’s made 1.5 sacks and broken up one pass.

Marpe has 64 tackles and two interceptions for the undefeated Hornets; Reid has 89 tackles, three sacks, an interception and four forced fumbles for the Wildcats.

Mellott’s stats include 1,206 yards and nine throwing touchdowns, but he’s also rushed for 705 yards and seven TDs in eight games for the 10-1 Cats.

Two Griz who made the last three for the Buchanan Award last season – linebacker Patrick O’Connell and cornerback Justin Ford.

Breakdown of the Nebraska Cornhuskers offense