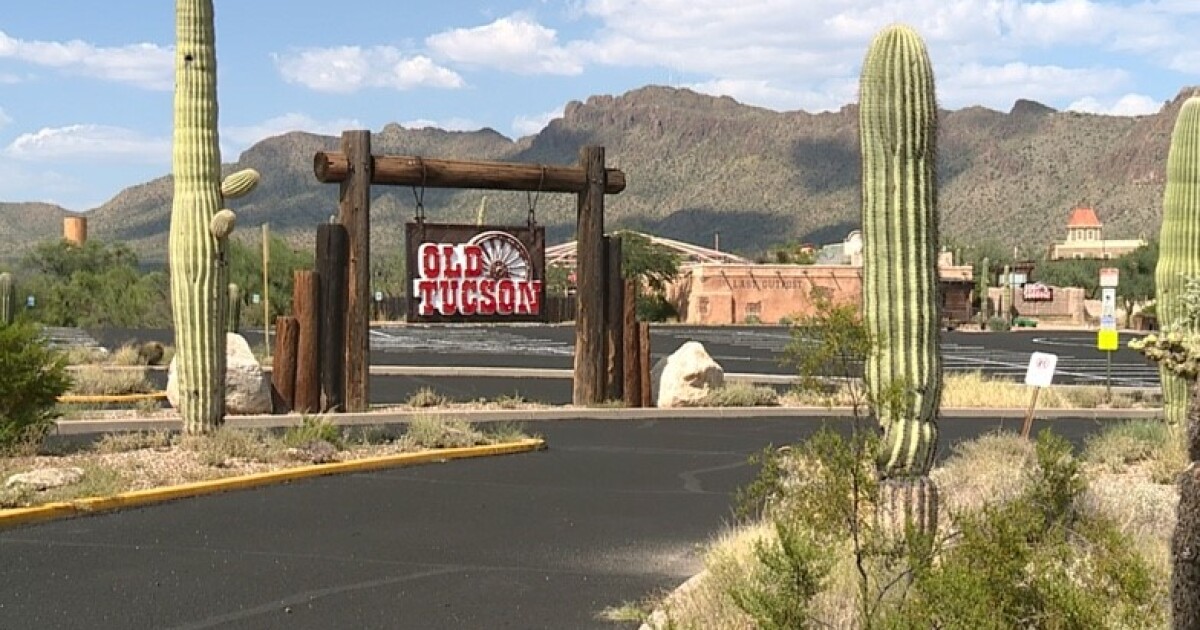 Old Tucson officials say they never had a new set built, lost $300,000 and were forced to take legal action.

Harper is the general manager of American Heritage Railways, which now operates Old Tucson. In July, Harper and Old Tucson Entertainment agreed on a partnership with FilmWest Studios.

“The original agreement we had with them was a services agreement to help Old Tucson get the manufacturing side of the company off the ground,” Harper told KGUN 9.

According to its website, FilmWest Studios is a full-service film and video production company based in Missoula, Montana. FilmWest says they have been involved in the production of more than 70 films in Arizona.

In July, FilmWest agreed to build a new $580,000 film set for Old Tucson on its property.

On July 21, Harper said he paid FilmWest $150,000 to cover materials, set design and commencement of construction.

FilmWest came back a week later asking for another $150,000, which Harper transferred to them on July 27.

Harper says FilmWest then came back and asked for more money without ever breaking ground on the new set.

“So that triggered the ‘You know what, let’s step back and try to figure out where that $300,000 is and you still want more,'” Harper said.

In mid-September, Old Tucson Entertainment took legal action against FilmWest Studios.
They filed a lawsuit for breach of contract in Durango, Colorado, home of the American Heritage Railways.

Harper says FilmWest no longer has an office in Tucson, so the complaint has still not been served on FilmWest.

KGUN 9 contacted FilmWest Studios through its website and received this statement from FilmWest about the complaint, which has yet to be served on them:

“FilmWest Studios denies the liability alleged in the complaint and is confident that it will successfully enforce the agreement between FilmWest Studios and Old Tucson Entertainment to produce meaningful content for global audiences.”

Harper tells KGUN 9 that FilmWest has already failed to meet the terms of the contract.

“The goal is just to get our money back and break up,” Harper said. “Once we get those funds back, we’ll reinvest them and start with this set.”

Harper tells KGUN that he is disappointed with the delay in building the new film set. He recognizes that it is a loss of jobs and a loss of significant economic impact on the Tucson area.

——-
Pat Paris is a host and reporter for KGUN 9. He is a graduate of Sabino High School, where he was the 1982 high school state 800-meter champion. During his high school and college years, he worked part-time on the newsroom of KGUN 9. Email Pat with your story ideas and hot topics [email protected] or by connecting on Facebook, Twitterand Instagram.

With Montana falling short in the playoffs, questions linger in the what-if season

This week in Kentucky Basketball: Resting after trips abroad