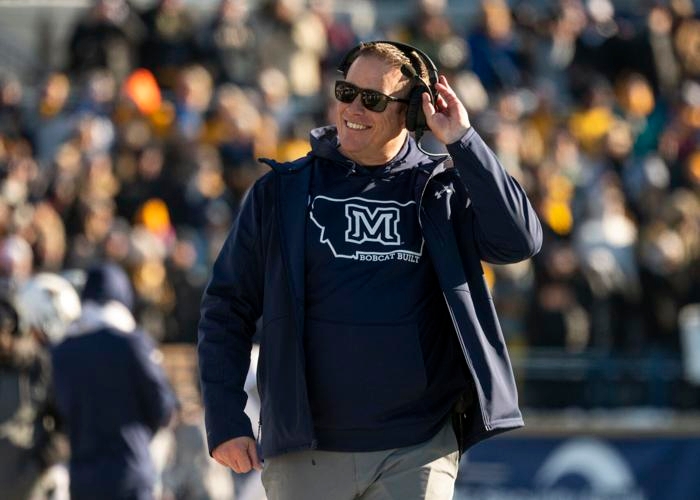 There’s no question that the Montana State Bobcats and Montana Grizzlies are very talented. And the Big Sky All-Conference Awards announced on Wednesday honored a total of 28 players from the two schools.

As for the first-team honors, offense included Montana’s Hunter Mayginnes on the offensive line, while MSU’s Derryk Snell was honored as a full-back. On defense, MSU’s Sebastian Valdez and UM’s Alex Gunner were the defensive tackle choices, while MSU’s Brody Grebe was honored on the defensive end. UM’s Patrick O’Connell and MSU’s Callhan O’Reilly were named first-team linebackers, while Griz’s defensemen Justin Ford and Robby Hauck were both named first-team players for the second year running. Montana’s freshman punter Patrick Rohrback was also a first-team selection.

On the second team’s offense, MSU star Tommy Mellott was named quarterback, as was Rush Reimer on the OL. Ty Okada was named second-team linebacker while Chambers was second-team all-purpose. UM received second-team honors for Malik Flowers on kick returner as well as Tyler Flink on special teams.

Third-team offense included MSU’s Willie Patterson (WR) and UM’s AJ Forbes, as well as MSU’s JT Reed on the OL, while MSU’s Marqui Johnson was named third-team at KR and Montana’s junior Bergen was honored with All Purpose.

Three ILBs in the 1st team due to a tie

Two QBs in the 3rd team due to a tie

Four WRs in the 3rd team due to a tie

No. 9 Clemson drubs No. 23 UNC behind backup QB to win ACC

Deion Sanders takes over as head coach at Colorado