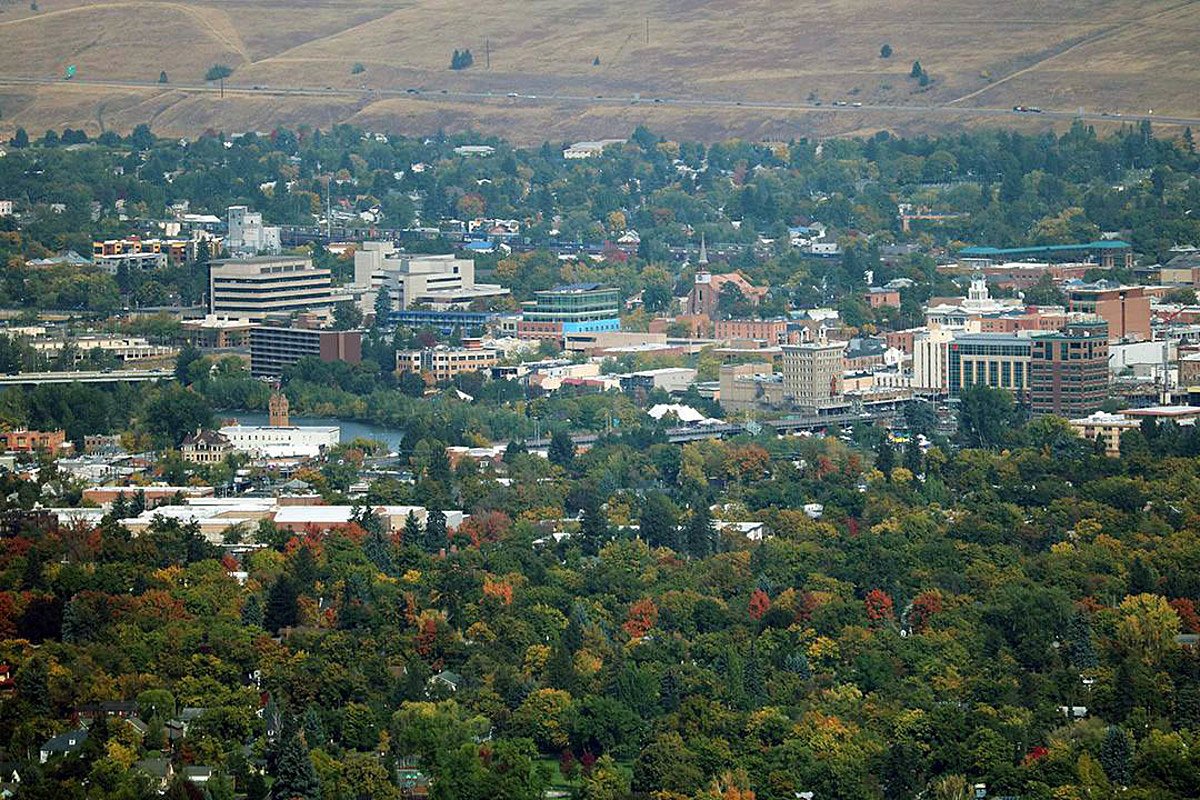 The Bitterroot Valley may not be a natural forest, but Missoulians reap the benefits of nearly 30,000 trees.

“Without them, this place would be uninhabitable,” said Marie Boggess, program specialist at the Missoula Municipal Forestry Department.

For the past seven years, Boggess and the Department of Urban Forestry have worked under direction of the 2015 City of Missoula Urban Forestry Plan. The plan includes a total of 16 goals to improve the health of Missoula’s urban forest and emphasize the community’s connection to its trees.

The first goal, for example, aimed to plant 900 trees per year. Boggess estimates that the city only plants a few hundred trees a year.

Boggess said a staff shortage is limiting the department’s ability to meet its goal. Boggess said that in a typical year, she spends more time removing dead and dying trees than planting new ones.

Jamie Kirby, urban and community forestry program manager at the Montana Department of Natural Resources and Conservation, was part of the working group that wrote the master plan. Kirby said she had reservations about the plan’s high ambitions before it was adopted.

Although the city has not met its goals, Kirby believes the plan has increased community awareness of the benefits of an urban forest.

Trees filter carbon dioxide and pollutants from the air and help reduce stormwater runoff. Several studies have also found that trees can lower temperatures by up to 10 degrees during hot summer months.

Karen Sippy, executive director of Trees for Missoula, spends most of her time educating residents about the benefits of trees and organizing events for volunteers to support the city’s forest service.

“Just 11 years ago nobody knew what we were talking about, and now [urban forestry] is part of a global conversation in cities,” said Sippy.

Sippy mobilizes volunteers to support the city’s planting efforts, a method she says hasn’t been effective in increasing the sheer number of trees in Missoula. But there are other advantages.

“The volunteer thing is slowing things down, to be honest, but you need the support of the community. It’s a way to get the community aware of the city forest and get them to care,” Sippy said.

But not all Missoula residents have an equal opportunity to contribute to the city forest.

A 2021 report by nonprofit conservation organization American Forests measured tree canopy cover in various neighborhoods across Missoula. Neighborhoods including Franklin to the Fort and the Westside often had less than 10% roofing. Conversely, canopy coverage was closer to 30% in the Rattlesnake and University neighborhoods.

Missoula as a whole received 71 out of 100 points for “Tree Equity,” behind the other two measured cities in Montana, Great Falls and Billings.

“When we wrote the master plan, social justice wasn’t an issue that was very widespread,” Sippy said. She plans to focus future Trees for Missoula planting efforts on lower-income neighborhoods, which typically have less tree cover than high-income areas.

Marie Boggess said the city is aware of the socioeconomic injustices surrounding tree cover. It recently introduced a cost-sharing program to reduce some of the financial barriers residents face when applying for tree planting. When residents ask for a tree to be planted, they are usually required to do so

Boggess said the city is expected to begin developing a new urban forestry master plan in the next few months. Marie Boggess, Jamie Kirby and Karen Sippy said they plan to advocate for more equity and education goals in the new master plan.

“Our city forest is something we can actually do something about,” Sippy said. “We can influence the trees we live with. We can actually make big changes in our neighborhoods.”

What is the secret ingredient that makes some poor countries prosper?