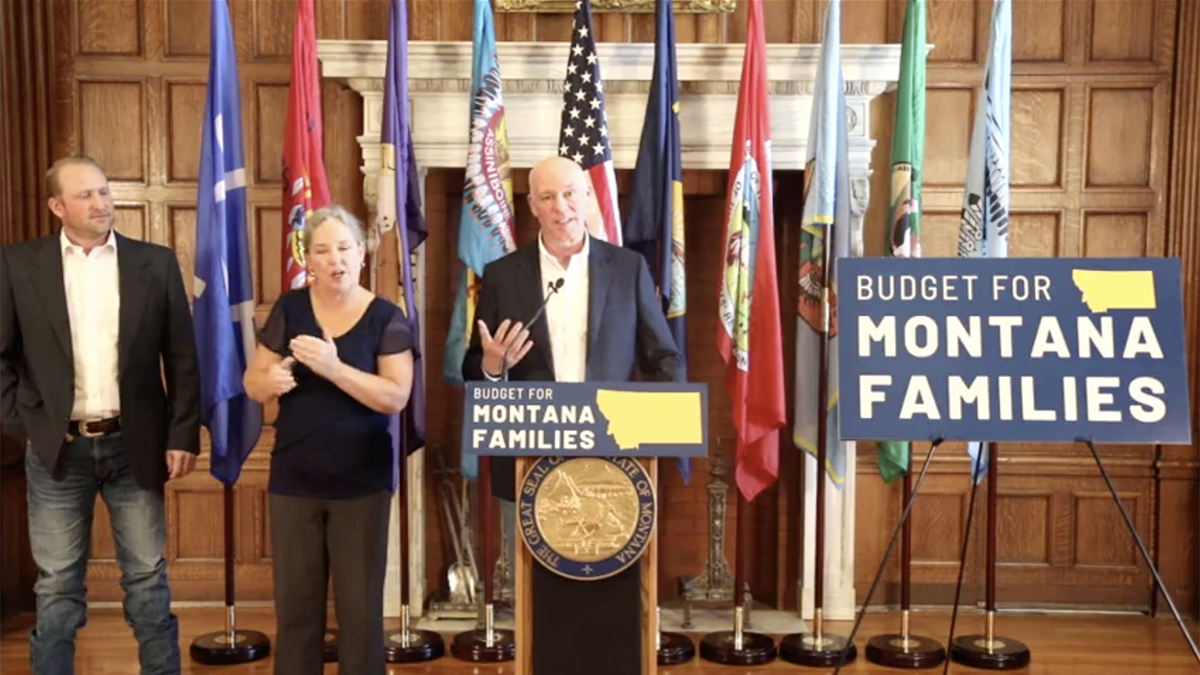 A requirement included in Gov. Greg Gianforte’s recent budget proposal to state lawmakers would return administration of a program that provides academic support to students with severe emotional disorders to the Montana Department of Public Health and Human Services.

Over the past year, mental health providers and advocates for public education have expressed concern about a series of changes made in the 2021 legislative session to the Comprehensive School and Community Treatment (CSCT) program, which uses mental health professionals from third-party schools directly. One of these changes changed the funding mechanism for the Medicaid-supported program and required the State Office of Public Instruction to act as an intermediary to collect and report to DPHHS the appropriate funds provided by participating schools.

According to OPI, this particular change was always intended to be temporary. In an emailed response to questions, spokesman Brian O’Leary wrote that the agency’s involvement was to give DPHHS time to fix “mistakes” in the administration of the program and that CSCT has “an ongoing partnership” between the two since then agencies was last year. If the governor’s motion is approved, O’Leary added, OPI “will have no portion of CSCT’s dollar flow” if it goes ahead.

“Because DPHHS has more experience handling the Medicaid dollar flow and now has the capacity, the joint decision was made to request CSCT’s reassignment to DPHHS,” O’Leary wrote.

The change will see an annual reduction in General Fund dollars of approximately $37,000 for operating expenses and the elimination of one full-time position as “school program service director.” An application for CSCT funding in the Department of Health budget includes a full-time administrative position.

Brooke Stroyke, a spokeswoman for Gianforte, wrote via email that DPHHS is developing a transition plan to meet the outreach and support needs of participating schools and that the agency will use the same process for raising appropriate funds that OPI has employed . Stroyke noted that both DPHHS and OPI were involved in discussions about the proposed change.

Mike Waterman, the director of business services at Bozeman Public Schools, who was among those who raised concerns earlier this year, told Montana Free Press this week that the proposed change makes “meaningful sense.” That exact statement was echoed by Matt Bungi, CEO of Aware, whose nonprofit organization provides CSCT services in districts across the state.

However, Bungi warned that returning management of the program to DPHHS does not address other difficulties faced by Montana’s youth mental health services. A separate change made to the CSCT last year requires schools participating in the program to put up a hard match to receive Medicaid funding — money that cannot come from a federal source, increasing potential barriers to participation. Meanwhile, reimbursement rates for certain services continue to pose financial challenges for providers, and the state’s labor shortage has made recruiting for CSCT teams and other positions a constant challenge.

“Most CSCT providers — not all, but most — offer other community-based behavioral health services,” Bungi said. “We consider CSCT to be one of many programs that we offer. So the entire care system has to be sustainable.”

Yellowstone Boys and Girls Ranch CEO Mike Chavers called the move “a step in the right direction.” His organization has ramped up its CSCT operations across the state this year after CSCT provider Altacare quietly exited the state. Asking OPI to lead a Medicaid-funded program was “like asking me to learn a foreign language,” Chavers said, and he attributes much of the apprehension and uncertainty of the past year to the communication challenges that result OPI is put in such a situation.

“They’re education finance experts, not Medicaid,” Chavers said. “So that puts it back in people’s hands [at DPHHS] who understand the language and reduces some of the unnecessary complexities. And I hope it encourages some school districts to participate in the program.”

Montana Brown looks stylish in a blue polka dot jumpsuit at the world premiere of Avatar: The Way Of Water

Why Sanctions Against Russia Are Not Working – Not Yet

Gunshots that knocked out power to a North Carolina county was a selfish and cruel act that has injured thousands, the mayor says

Report: Black straight A-student found himself in ‘anti-racial environment’ at school in Iowa.

Montana Brown looks stylish in a blue polka dot jumpsuit at the world premiere of Avatar: The Way Of Water