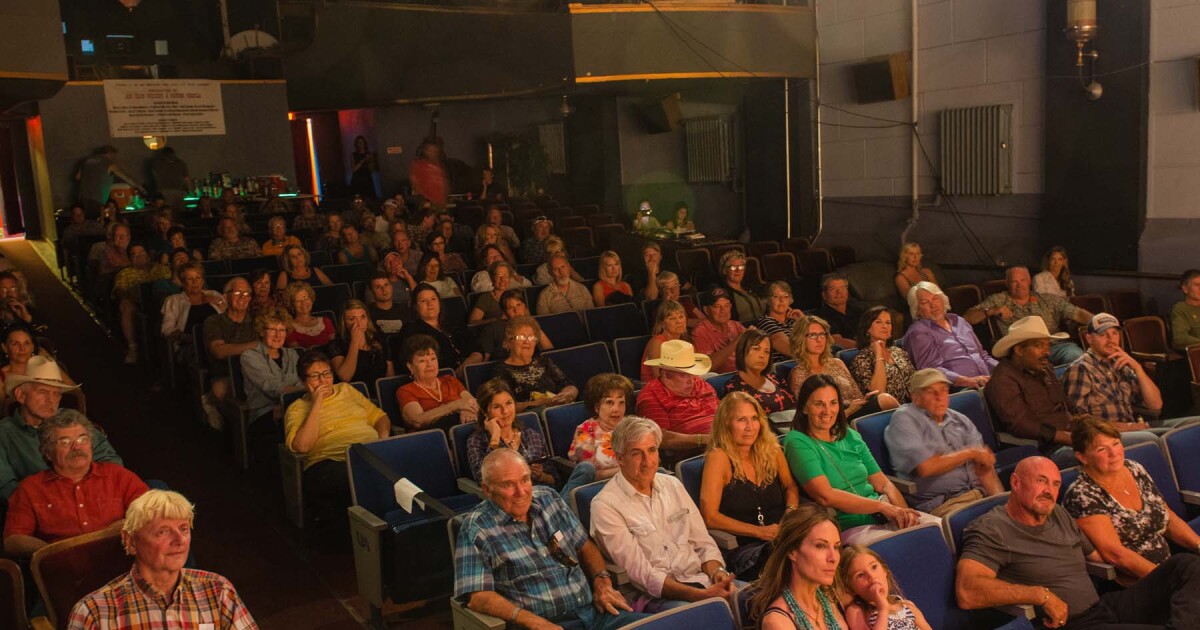 RED LODGE — When you see your favorite movie on the big screen, you’ll be remembered for a lifetime. And the Roman Theater at Red Lodge has been hosting these reminiscences since 1917. It is the oldest theater in Montana and is part of the actual structure of the town of Red Lodge.

Seeing a movie in the cinema is generally a rare event at best for most people. But for Jim Dufour, a visit to the Roman Theater is an almost weekly occurrence.

“My wife and I come to almost every screening when we can, and I think we probably see about 80-90% of the films that are shown here,” Dufour said.

Dufour and his wife moved into the Red Lodge almost 10 years ago and the Roman immediately became a place dear to their hearts.

Jeff Anderson and his wife bought the building in 2000 when it was up for sale and rumor had it that it was going to be converted into a restaurant.

“Someone wanted to buy it and turn it into a restaurant and we heard about it. So my wife and I said, ‘We have to find a way to buy it’. One day a friend called us and said the novel is for sale. It was a Saturday morning and we said, “We’ll be at your office in half an hour,” and by noon it was ours. And it was just to keep movies in Red Lodge because it’s an important part of town,” Anderson said.

However, what makes Roman unique is its ability to host live music, which has become the venue’s calling card. Events like the Red Lodge Songwriter’s Festival transform the 220-seat auditorium into standing room. Manager Mike Booth says the sign outside alone is iconic in the city and the nostalgia a visit inspires makes it special.

“Everyone feels welcome in the Roman Theater. Part of it isn’t so much what we do as the story. People will say, ‘Oh, I grew up here and I haven’t come back for 25 to 30 years’. When they come back to Red Lodge and find that their favorite bar or restaurant is gone, but that Roman is still here,” Booth said.

The Roman is a constant that has stood the test of time at Red Lodge and the connection he creates in the community is second to none if you ask Dufour.

“It creates a very strong bond, the connection between the community and the theater goes well beyond showing films. I think it’s probably the busiest venue in town,” added Dufour.

And he says that the opportunity to visit the Römer should be at the top of everyone’s bucket list.

“If you read these tourist guides and it says go to the park and go to the ski hill and go fly fishing, there must be a line that says you have to experience the Romans. I really think it’s that good,” said Dufour.