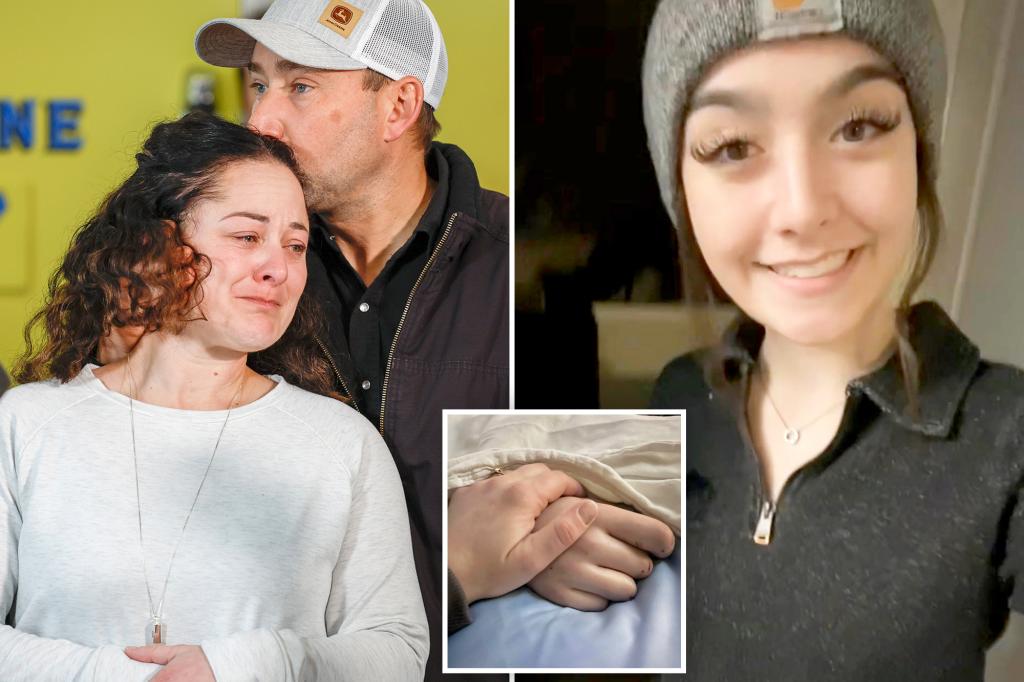 A Canadian paramedic treating a car crash victim who was so badly injured she was unrecognizable later learned her patient – who died from her injuries – was her 17-year-old daughter.

Alberta EMT Jayme Erickson spent over 20 minutes treating the girl who was trapped in a car following a car accident on November 15 near Airdrie, north of Calgary.

But just minutes after Erickson returned home from the scene of the horror accident, she opened the door to officers from the Royal Canadian Mounted Police – who revealed the heartbreaking news.

The patient she was desperately trying to save was her daughter Montana.

The devastated mother described the “undescribable” pain of her loss – and the unimaginable circumstances – in a November 18 Facebook post.

“The seriously injured patient I had just treated was my own flesh and blood. my only child My mini me. My daughter Montana,” she wrote.

The grieving parent said her family was “overwhelmed with grief and absolutely burned out.”

“The pain I feel is like no pain I have ever felt, it is indescribable,” Erickson wrote.

Paramedic and family spokesman Richard Reed said during a Tuesday news conference that Montana and a friend were walking home after walking dogs at a nearby park when their car was hit by an oncoming truck.

“Even though it was a cold evening, Jayme stayed in the vehicle for over 20 minutes to ensure the patient’s C-spine was stable and her airway was clear,” Reed said.

“On the way back, she expressed her sadness (and) frustration to her partner, knowing that tonight a family would likely lose their daughter, sister and grandchild.”

The rep added: “Jayme was unknowingly keeping her own daughter alive. As a parent and first responder, I can tell you this is more than a nightmare.”

Standing next to Reed, Erickson told reporters that her daughter’s death had hit the province’s first responder community particularly hard. Her Montana husband and adoptive father is also a paramedic.

“Anyone who knew Montana would call her a cracker,” said the mother. “She would love it very much if you were her boyfriend. She would love you to the ends of the earth and back and she would do anything for you.”

Erickson noted that in addition to being a loving and loyal friend, her daughter was a competitive swimmer who dreamed of one day becoming a lawyer.

She added that Montana is an organ donor and can make two life-saving donations.

“After this tragedy, she saved other people. We know it’s what she would have wanted and we’re so proud of her. And we will miss her very, very much.”

Police say the cause of the accident is still under investigation.

Why Toxic Politics Thrive in Times of Plenty | community

Clemson vs. South Carolina: Who comes out on top?