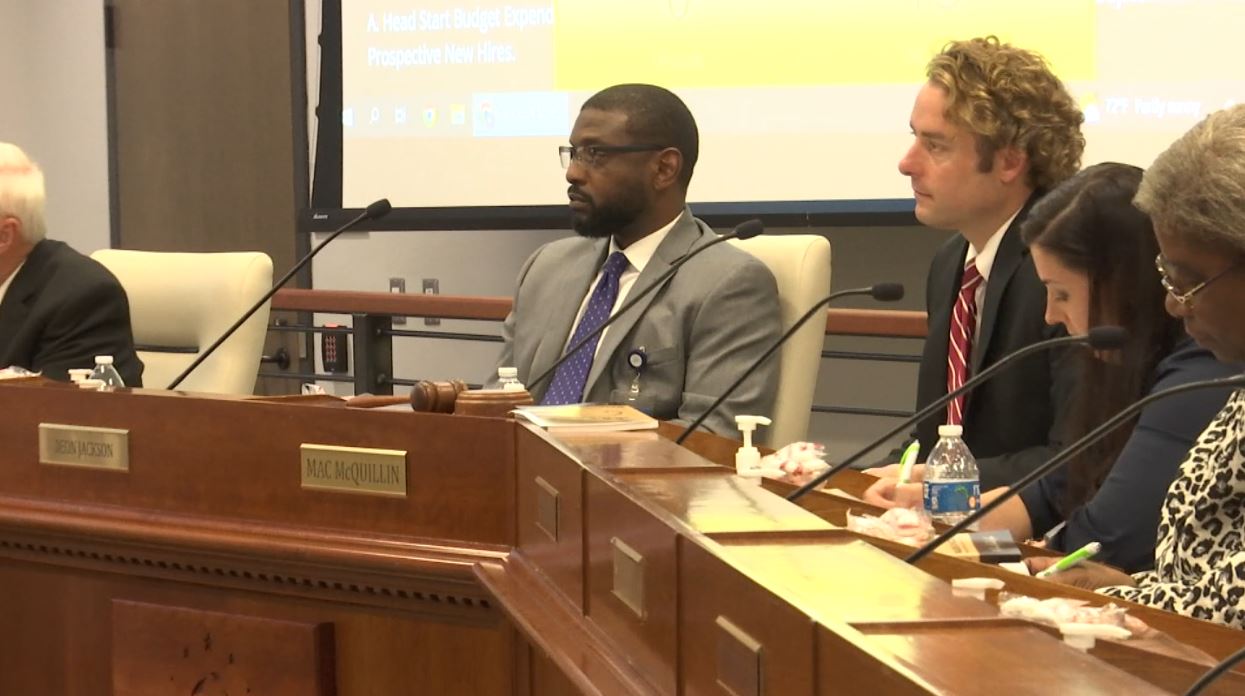 Chief Executive Mac McQuillin, in a multi-page statement Nov. 23, described a number of issues leading to the decision, including what he described essentially as a lack of leadership from Jackson and the district’s response to a law enforcement investigation into alleged sexual abuse Abuse by a school resource officer and a so-called frayed relationship with the South Carolina Department of Social Services.

Jackson and Dr. Richardson were both fired after a 6-3 vote by the newly elected school board during a regularly scheduled Nov. 15 board meeting largely billed as an oath. A vote on the continued employment of the superintendent was not on the agenda of the meeting.

No reason was given for the termination, despite increasing questions from fellow board members, teachers and the community. But McQuillin had previously said the board hoped to share his rationale going forward and he remained confident that “we [the school board] made a decision that is in the best interests of the district and its students.”

In his Nov. 23 statement, McQuillin acknowledged the board’s failure to provide reasons for Jackson’s resignation, saying the move “creates the impression that we are not fully transparent with the public.”

The chief executive said the district had nothing to hide when it came to its decision to retain Jackson and Dr. to resign Richardson.

“The rationale for our actions was not fully explained during the meeting’s public session because public discussion of personnel matters involves legal risks that may expose the district to liability that ultimately falls to taxpayers,” he said. “Indeed, not long ago, a significant amount of money was spent to settle threatened claims by two district employees that arose from a board member making public statements about those employees during a board meeting. Because of these legal risks, we wanted to approach the discussion of Mr. Jackson’s termination cautiously to limit the district’s legal exposure.”

McQuillin said the limited discussion also stemmed from “a desire to embarrass Mr. Jackson and minimize disruption” for the Berkeley County School District. He also said that Jackson was informed of the possible action days before the meeting and that McQuillin asked Jackson to resign. But he said Jackson never responded to that request.

“Unfortunately, he appears to have coordinated with others to ensure his resignation would be carried out publicly, regardless of how it would affect the district, its staff, parents and students,” he said.

McQuillin continued that he and the new board members simply lacked faith and confidence in Jackson’s ability to run the district, noting that academic performance was declining, citing a recent school report card showing that BCSD scored below the national average.

“While the cause of this academic decline can be debated, there can be no debate that conscious action is necessary to reverse this trend. And ultimately, it is the board’s responsibility to take immediate action. We just can’t risk our children’s academic futures in the hope that if we stick to the status quo things will get better,” he said.

McQuillin also addressed the district’s “relationship with agencies charged with protecting children from abuse and neglect,” which he says deteriorated during Jackson’s time as superintendent.

One example he cited was the district’s response to a recent investigation by the South Carolina Law Enforcement Division into alleged sex crimes committed by a school resource officer at Stratford High School, which McQuillin said likely “damaged our relationship with SLED and Questions have been raised about the professional judgment of former leadership, including the former Superintendent and former Counsel.”

He called the cooperation offered by the district during this investigation “lacking.”

McQuillin provided countless examples, including at least one senior district official being ordered by district leadership not to speak to SLED and then refusing to provide the state’s top law enforcement agency with the requested documentation.

He said the district’s former legal counsel also emailed SLED chief Mark Keel, accusing the agency of causing the district to violate federal laws, “intimidation and intimidation” and attempting to “bringing down the district” based on “rumours”.

“The District’s response to SLED’s investigation prompted Chief Keel to defend his agents’ actions. In his response, Chief Keel noted factual inaccuracies in the District’s letter and called the allegations baseless and unfounded,” McQuillin said.

McQuillin also noted that the district’s relationship with the South Carolina Department of Social Services (DSS) was “frayed,” and said the agency was close to filing a lawsuit against the district to restrict DSS investigators from interviewing students to allow those who are allegedly victims of child abuse and neglect.

“The district had become so adamant on the matter under Mr. Jackson’s leadership that the DSS considered legal action and was willing to seek family court warrants to gain access to students in the district schools,” McQuillin said.

In addition, McQuillin said the district also refused to release information that should have been legally released under the Freedom of Information Act. District contract attorney Brandon Gaskins decided to end his relationship with the district over this matter.

McQuillin said Jackson failed to update many board members about the issues.

“Members who recently voted to resign Mr. Jackson had to learn about these issues from other sources. While it is not known if and to what extent former board leadership was briefed on these matters, all board members should have been briefed on these developments before legal action by DSS was imminent and before that state’s top law enforcement agency was charged by county leadership causing violations of federal law, intimidation and attempting to bring down the district.”

McQuillin denied that a meeting regarding the decision to terminate Jackson’s employment took place in person, by phone, or virtually prior to the Nov. 15 school board meeting.

McQuillin said Dr. Dixon, who was the first choice for superintendent when Jackson was hired by several board members, makes the most sense to be hired as the new superintendent.

Iowa Football takes on Kentucky in the Music City Bowl