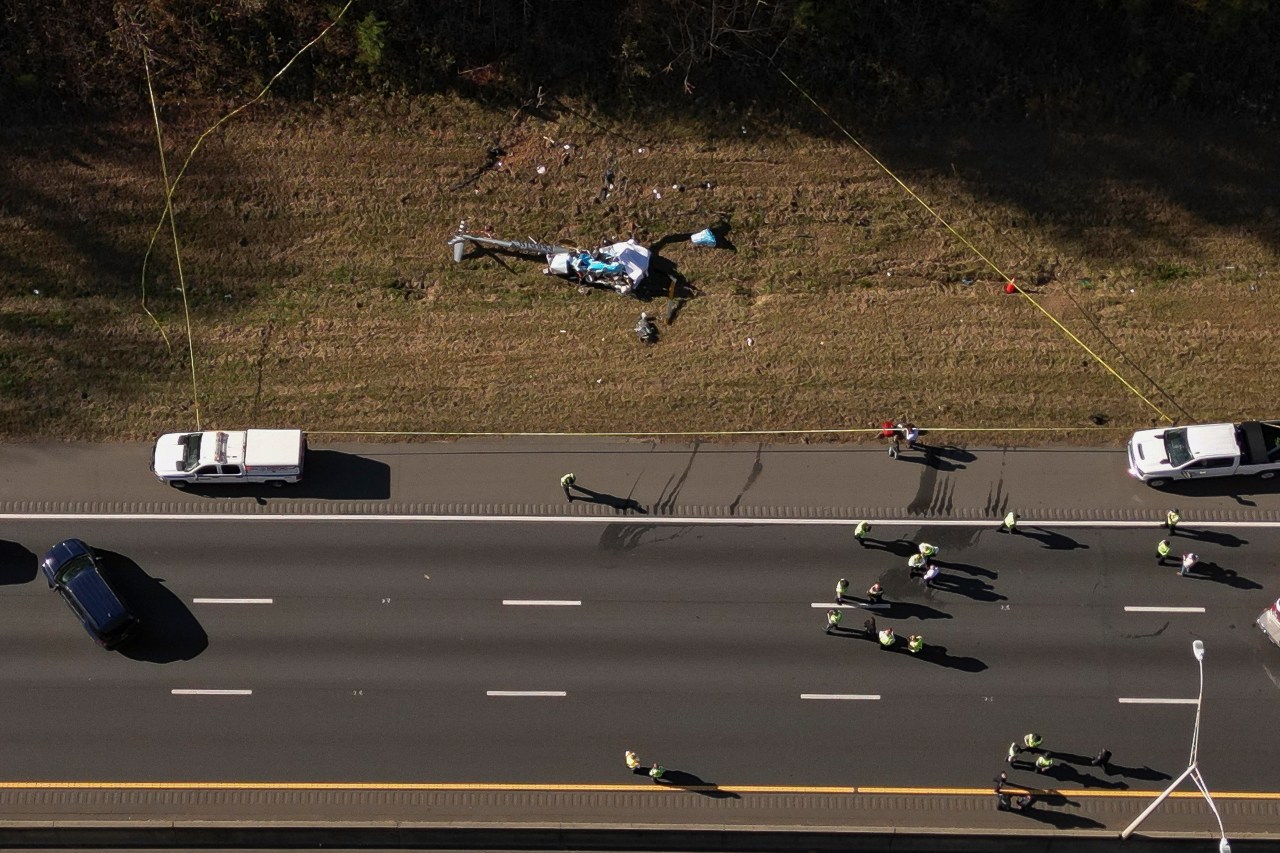 CHARLOTTE, NC (QUEEN CITY NEWS) — Federal investigators said the Charlotte Airport control tower did not receive a distress call from the pilot of a WBTV News helicopter that crashed along Interstate-77 on Tuesday.

According to a statement from the National Transportation Safety Board, the Robinson R44 helicopter took off from the WBTV helipad and flew about five miles south.

The pilot was in contact with the CLT Tower and received clearance to enter Charlotte airspace.

The NTSB said the plane made two 360-degree turns over I-77 before descending “quickly” into the ground next to the freeway.

Meteorologist Jason Myers and pilot Chip Tayag were both killed in the impact.

“The WBTV family is mourning a terrible loss. Our Sky3 news helicopter crashed Tuesday midday with two of our colleagues on board. Meteorologist Jason Myers and pilot Chip Tayag lost their lives. We are working to comfort their families at this difficult time. We appreciate the support for our staff and your continued prayers for their families,” WBTV said in response to the crash.

‘He really took care of everyone’: Retired chief meteorologist reflects on colleague killed in helicopter crash on I-77

NTSB investigators arrived at the scene Tuesday night to examine the crash site. The wreck was taken to a separate facility for further examination, officials said.

The NTSB said investigators are also compiling witness statements and surveillance video from nearby footage. Anyone who may have witnessed the chopper crash is asked to email [email protected]

A preliminary report on the crash is expected to be released in two to three weeks, officials said. However, the probable cause of the crash will be released in the “final report,” which could take a year or two to complete.

On Tuesday, CMPD chief Johnny Jennings credited the pilot with the “heroic” decision to crash in the grass rather than the pavement.

“[It] Apparently the pilot used some diversionary maneuvers to avoid swerving into traffic,” said CMPD chief Johnny Jennings. “Looks like a heroic incident where the pilot tried not to hurt anyone and put others in danger. I think this pilot is a hero… for the safety of everyone on the road.”

The helicopter, operated by Total Traffic and Weather Network, took off from the WBTV helipad and flew about five miles south. The aircraft was in contact with the CLT tower and received clearance to enter CLT airspace. It made two 360-degree spins via 1-77 before quickly descending into the ground alongside the freeway. The pilot and the other passenger suffered fatal injuries. CLT Tower received no distress calls from the pilot.

The NTSB arrived on the scene last night for initial investigations. This work continued this morning and included moving the wreck to a separate facility for further study. Investigators are compiling witness statements and surveillance video from nearby buildings. The NTSB encourages anyone who may have witnessed the crash to email [email protected]

The NTSB will release a preliminary report in 2-3 weeks that will include all the factual data gathered up to that point. Media can find this report on Twitter: @NTSB_Newsroom as soon as it is released. The probable cause of the crash and any contributing factors are detailed in the final report, which may take 12 to 24 months to complete.