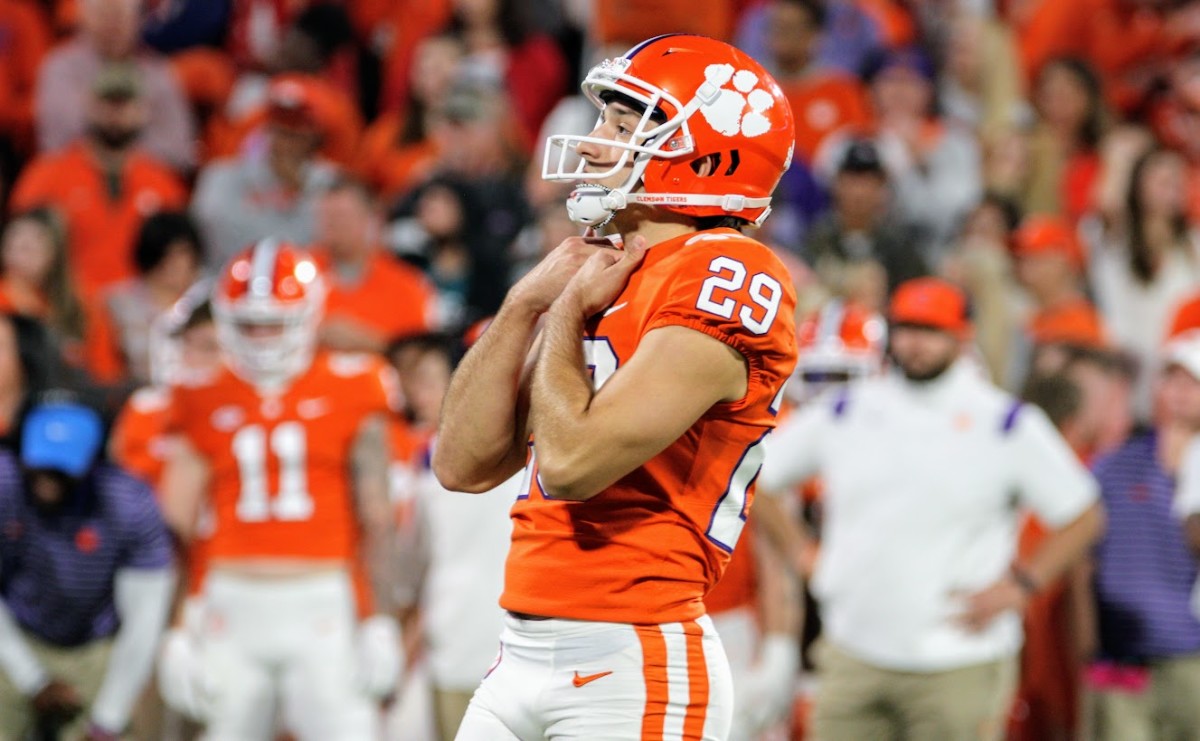 BT Potter will take one final emotional journey down the hill and into Death Valley on Saturday.

Over the course of his career, the fifth-grader has gone on to become one of the best pitchers in the program’s history. Potter will leave school as Clemson’s all-time top kicker scorer, the ACC’s all-time record holder for PATs and one of only two players in program history, along with Nelson Welch to have made 70 FG attempts in his career.

Knowing he’ll be running down the hill one last time will be emotional for Potter, but seeing as he was up against the rival Gamecocks last time makes it all the more memorable.

Potter has never lost to South Carolina in his career and another win against the Gamecocks would make his home finals that much more special.

Growing up as a Tigers fan in Rock Hill, Potter is well accustomed to how heated the rivalry is and how much this game means to the people of the state of South Carolina.

“It means a lot just growing up here and really seeing both sides,” Potter said. “My parents are Clemson fans. I grew up a Clemson fan. But I remember thinking only about elementary school that week. I remember we only did things for the rivalry, like kids choosing their side. And just thinking about getting me where I am now as a kid just means a lot to me.”

Potter started his career in 2018 and earned the job as a true freshman. He finished his freshman campaign with 79 touchbacks, good for third in the nation. As a sophomore, he was Clemson’s starting field kicker, going 13 of 21 in field goals.

However, it was his junior season in 2020 where things really came together for Potter. He finished 18 of 23 with field goals and was a semifinalist for the Lou Groza Award, given annually to the nation’s top kicker.

As a junior, Potter earned second-team All-ACC honors after hitting 81% of his attempts.

Last season he was again a semifinalist for the Lou Groza Award. At this point, Potter had not decided whether he would use his extra year of eligibility granted to all players in the 2020 season due to COVID-19 and had decided to participate in Seniors’ Day activities.

“Last year I also did Seniors’ Day because I wasn’t sure I would come back,” Potter said. “But last year it wasn’t nearly as emotional. I was fine until I started running down the hill and I saw my parents weren’t there.”

Potter eventually decided to take advantage of that extra year and returned for a fifth season. He is once again a semifinalist for the Lou Groza Award and was as close to automatic as a kicker can get, hitting 17 of 20 for 52 yards.

Now everything comes to a head as Potter enters this game confident that it will be his last time running down the hill. Having now gone through the Senior Day activities twice, he has a better idea of ​​what day it will be from an emotional perspective and whether he will win or lose, he is ready to ride that wave of emotions.

“I actually thought yesterday that this will be the last time I run down the hill and it’s quite emotional,” he said. “When I first arrived here, I never thought this day would come, but I’ve really enjoyed my time here and I’m really looking forward to doing it again.”

“I think this week will definitely be emotional, but less emotional. I think maybe after the game when we go off the field for the last time it would be pretty sad… but also just happy.”

Would you like to join the discussion? 100% FREE! Connect with fellow Tiger fans and hear direct from Editor Zach Lentz, Associate Editor Brad Senkiw, Recruiting Analyst Jason Priester and Staff Writer Will Vandervort on each topic. Click here to join the ALL CLEMSON Message Board Community today!

Get your Tiger tickets from SI Tickets HERE

More on All Clemson: https://www.si.com/college/clemson/

The coolest gas station in South Carolina is in Fort Mill

Caring is the key to connecting with rural voters