Overcoming allergies takes the cyclist on a long journey 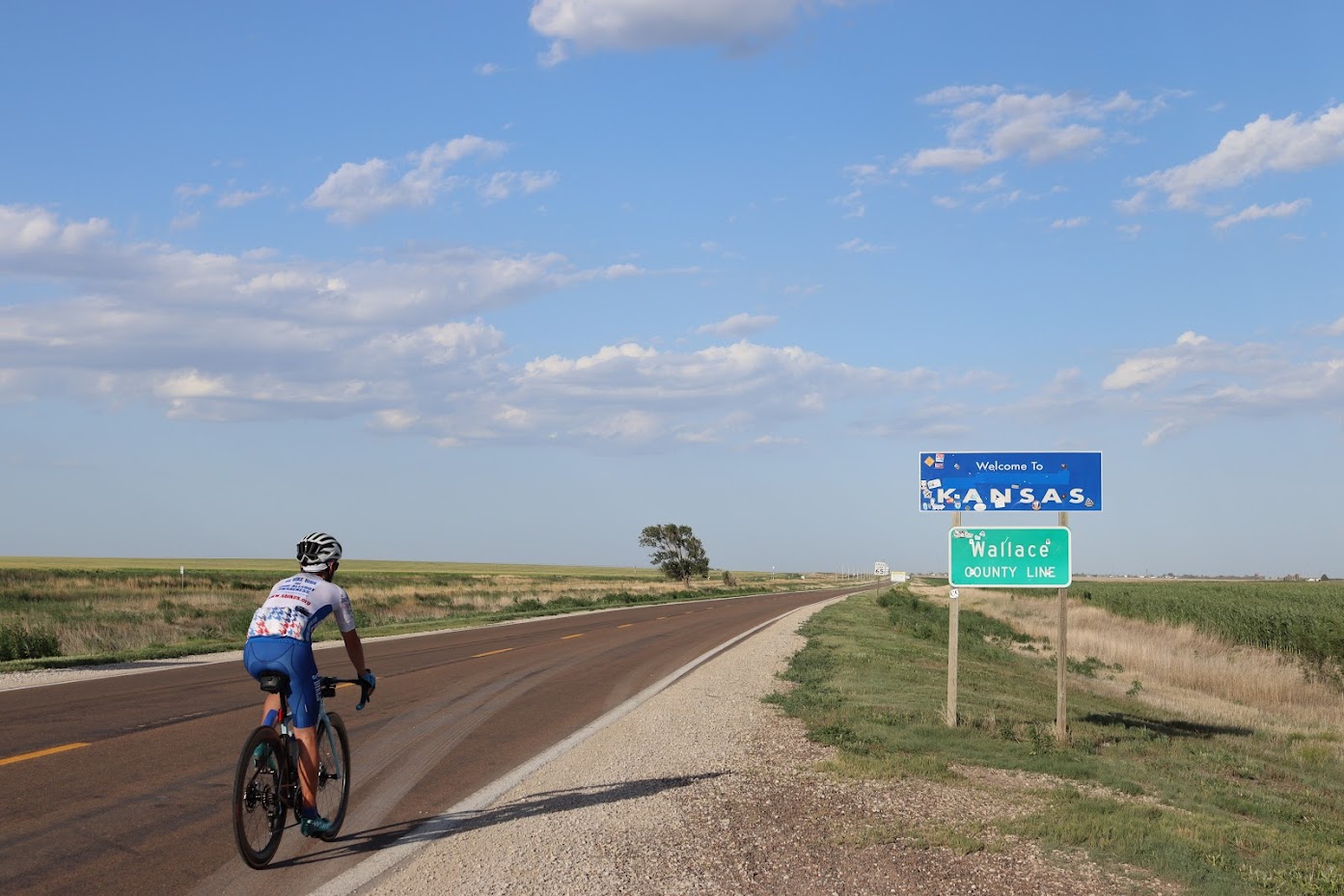 Food allergies kept Stephen Kuhn from his dream of riding his bike across the country while he was in college, but 15 years later, those allergies helped him achieve his dream.

Kuhn rode his bike from Florence, Oregon to Myrtle Beach, South Carolina this summer. Kuhn averaged 122 miles per day on the 4,031-mile journey he completed in 33 days.

The 2006 Jacksonville High School graduate started cycling at an early age. Kuhn’s grandparents, Alex and Mary Cole, moved to Jacksonville before the Kuhns arrived. His grandfather enjoyed cross-country cycling and Kuhn was hooked.

“I went with my grandpa; 15 or 20 miles seemed like a lot. As I got older, I started driving longer distances. Then I had a dream that I would like to drive across the country,” said Kuhn.

But Kuhn had to be careful when riding because he had food allergies, seasonal allergies, eczema and asthma. He has anaphylactic reactions to peanuts, tree nuts and shellfish.

“That can be a problem because granola, peanut butter, and jelly sandwiches are staples for cyclists who eat on the go,” Kuhn said.

Kuhn was active in cycling while studying at Washington University in St. Louis. As a member of the groups he was involved with on organized overland trips, he was unable to attend as the groups were unprepared to deal with someone with food allergies and they were unwilling to accept liability for a severe reaction while driving .

Drinking fountains and restaurants where other cyclists would stop are too risky. He should also have taken everything he needed for his ride, including food, water, an EpiPen and an inhaler.

After leaving school and starting his career as a mechanical engineer in St. Louis, Kuhn no longer had the summer break that would have allowed him to take three months off.

When the pandemic hit, Kuhn and his wife Adrienne Knapp decided they needed to stay active, so they got off their bikes and cycling became a daily thing again.

“I could do a 200-mile ride in a row over the weekend,” said Kuhn. “Then I told my grandma that I’d done 100,000 miles during the pandemic. She told me I was ready to drive across the country.”

A ride seemed like a perfect opportunity to raise awareness about food allergies and raise money along the way. Kuhn paid all expenses for the trip and all money raised goes to Food Allergy Research and Education or FARE.

“When I was younger, not nearly as much was known about food allergies, and the internet didn’t exist,” said Kuhn. “My family dealt with allergies as best they could. My family relied on FARE to learn about food. They were a big part of my early life.”

He started looking at routes, planning the logistics, and talking to his boss about time off. With that settled, he rented a recreational vehicle and the trip was set. His mother, Helen Kuhn, of Jacksonville, and his aunt, Heather Cole, drove Kuhn west to the drive’s starting point. They then escorted him back to St. Louis, where his wife did the driving for the remainder of the trip to South Carolina.

Kuhn generally followed the TransAmerica Trail. It begins in the northwest and meanders through Idaho and Montana, then south through Wyoming and Colorado before heading east through Missouri.

“The RV allowed us to stop wherever we were and pick up whatever food I could eat. We saw things that we wanted to go back and visit,” Kuhn said. “A lot of the rides across the country are big groups or one person with a lot of gear. I could just bike as fast as I could because all I had was in the camper.”

The roads Kuhn took were paved, but generally small county-highways. In Wyoming, where the speed limit is 80 mph, the roads didn’t have hard shoulders.

Perhaps surprisingly, the hardest part of the trip was the RV.

“Tyre problems in Wyoming were a challenge. We had to stop for the day and find a place to fix it,” said Kuhn. “In Appalachia, a pickup truck pulled my wife off the road and the RV’s awning got caught in a tree, so we had to deal with that. There were bumpy roads that the motorhome didn’t always cope with well.”

The ride was challenging, but nothing Kuhn wasn’t expecting.

“There were some issues with riding that many miles a day — repetitive use injuries and muscle strains, but that’s to be expected,” Kuhn said.

One detour that Kuhn called fun was the drive to the top of Pike’s Peak.

“It was the toughest climb of the trip,” said Kuhn. “That was one of the fun challenges and detours I wanted to take.”

Duke vs. Iowa Basketball Game: How to Watch or Stream

Montana soldiers could soon be exempted from the COVID-Vax mandate