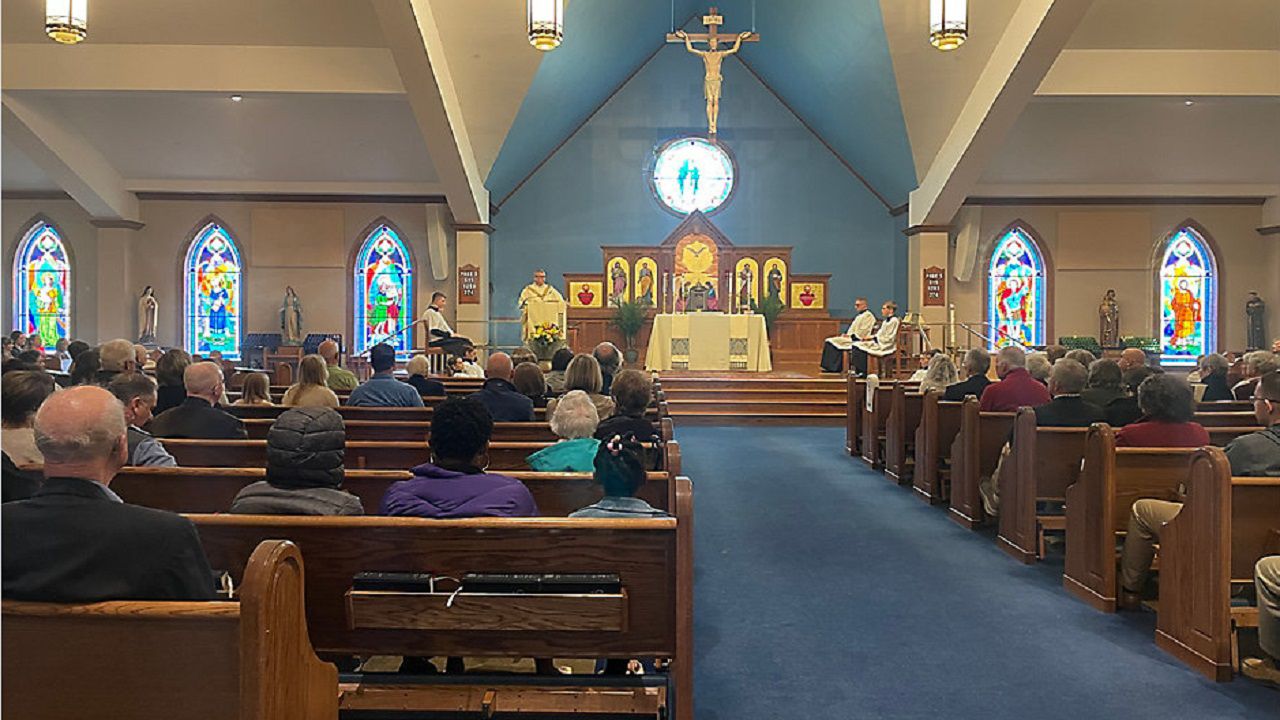 LANCASTER, SC – The pilot of the WBTV helicopter, who died after a crash in Charlotte, not only loved flying but also his family, heritage and faith.

what you need to know

Tayag’s funeral will be held on November 30 in Lancaster, South Carolina

Tayag and his wife Kerry were parishioners of Our Lady of Grace Catholic Church in Lancaster, South Carolina.

Father Jeffrey Kirby, pastor of the church, said they call themselves “Team Grace” because they are a small community of 800 families.

“My life revolves around my parishioners, so serve the Lord through His people here, Lady of Grace,” Kirby said.

Kirby said Tayag became involved with the church from an early age, when it opened six years ago.

Tayag celebrated many special moments at this church, including marrying Kerry Tayag in 2019.

“It was a blessing to have this ceremony here,” Kirby said.

Kirby said he doesn’t have many pictures of Tayag because he’s usually behind the camera. He saved a photo from the Tayags’ wedding which he said captures Chip Tayag’s personality.

“That smile Chip had there was his trademark,” Kirby said.

Kirby broke down in tears as he recalled receiving a call from Kerry Tayag Tuesday afternoon to inform him of Chip Tayag’s death.

Kirby will miss his warm greetings and positive attitude.

“Knowing that he won’t be here this Sunday weighs heavily on my heart and on the hearts of those who knew and loved him,” Kirby said.

Kirby wasn’t surprised that witnesses said the helicopter’s pilot diverted the plane to avoid vehicles on the freeway, which likely saved lives.

“It didn’t shock me at all because that was the man he was and that’s the life he lived. It was consistent with his faith and sense of service that I have always seen in him. I’m not at all surprised that he died heroically,” Kirby said.

Kirby has prayed for Tayag and offered support to his family.

During Thanksgiving Mass, he told parishioners of Tayag’s death and encouraged them to attend his funeral.

“I’m asking all parishioners to plan, as best they can, to come to the funeral so that we as a church family can pray for Chip’s soul, honor his heroic life and death, and offer comfort to his wife and family,” Kirby said.

Tayag’s funeral is scheduled for noon on November 30 at Our Lady of Grace Catholic Church. Kirby said his funeral will be in Maryland, where many of his family members live.

The National Transportation Safety Board is investigating the helicopter crash.