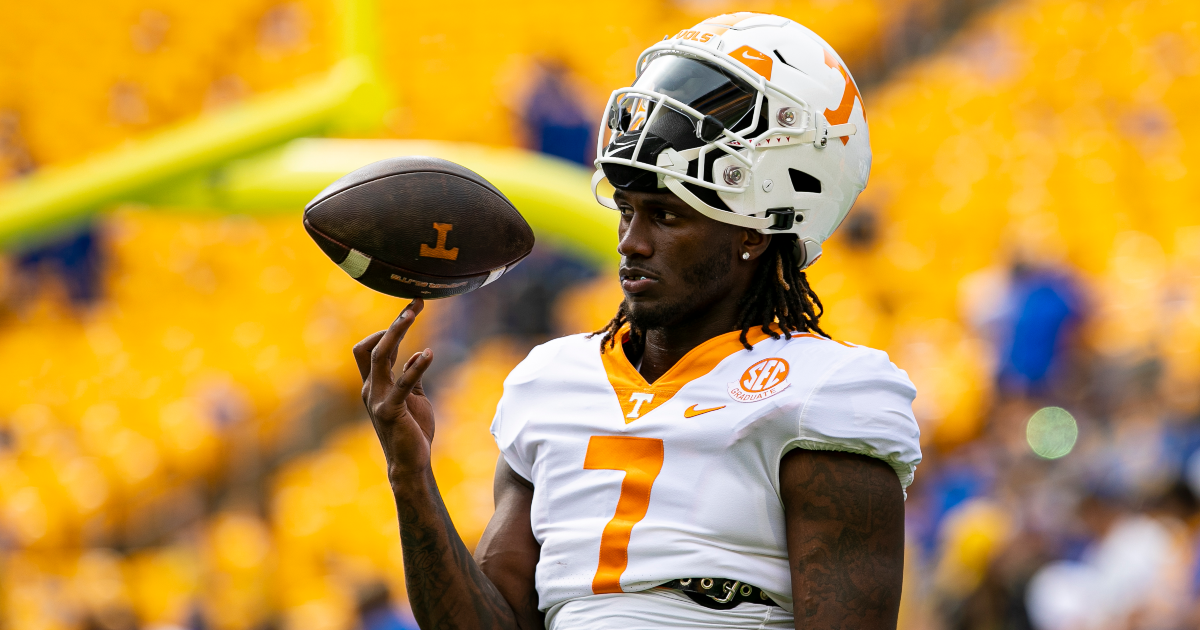 Tennessee travels to Nashville to take on Vanderbilt, who is looking to bounce back from last week’s disaster and keep their six-bowl hopes alive in the new year. The Commodores are aiming for their 6th win to qualify for the Bowl.

Can Tennessee get off the mat and fight for victory number 10? Volquest staff vote with their weekly picks.

After my terrible election last week, who the hell knows what’s going to happen this week. I mean it might be the worst year I’ve picked games.

But we’ll still make it a good old college try.

Tennessee goes into this game physically and mentally battered after last week. Joe Milton takes over for Hendon Hooker. Milton has done well in the clean-up duty this year. He’s definitely improved. But he hasn’t played down pressure this season so how is he dealing with being the guy and who will he throw to? Cedric Tillman may or may not be available. Bru McCoy is also questionable, which could mean more Squirrel White and Ramel Keyton, with whom Milton has good chemistry. Vanderbilt also defends the pass terribly.

The big question, however, is where that defense is after embarrassing itself last week. How do they rebound and can they handle Vanderbilt’s circulation and passing game? I think Tim Banks’ boys are proud and will be ready to move on from last week, but you don’t know it and it’s a defense that obviously has limitations in defending the pass. Tennessee needs to put pressure on the quarterback. No pressure and it’s a 7v7 game.

So what’s happening this week? I think the culture in the program is good and I think this team is proud. I think last week was an unfortunate lesson in learning what it’s like to be the hunted instead of the hunter. Last week was South Carolina’s Super Bowl, this week is the Vols Vanderbilts. I think Tennessee understands that better now because of the disaster that happened last week.

So I’ll take the vols in a throwback, but it won’t be pretty.

Last week made this week tough for everyone. To put it bluntly, it’s been a week of bullshit. The big orange balloon deflated, but did the balloon burst or could it be patched? That is the question everyone is waiting for the answer to this Saturday evening.

What has changed since last week? Check out how much things have changed from managing the band to a season-ending injury for Hendon Hooker. Can Tennessee get back off the mat and set an exclamation point for what has been a pretty magical season?

How will Joe Milton look like as a main course rather than just a delicious dessert to end a meal? In my opinion, the Vols could do without Bru McCoy and Cedric Tillman this weekend.

Defensively is what most fans see eagerly yet fearfully. I expect Jeremy Banks to play and I would expect Tennessee to put pressure on Vandy. The secondary is what it is at this point.

I just can’t see the Vols losing this game, losing to South Carolina and Vanderbilt to close after that 8-0 start.

Everyone is worried about how Tennessee will recover from a humiliating loss to a Vanderbilt team suddenly perky after back-to-back wins against Kentucky and Florida.

I understand the concern.

The ‘Dores are playing for bowling under Clark Lea in his sophomore year and the Vols look like they’re swaying a bit. They lost their Heisman Trophy contender at quarterback, there are all sorts of rumors about possible “locker room problems.” There are injuries in an already much-maligned secondary.

The Vols obviously showed some cracks in their armor at Columbia last week, and it’s not hard to see why some outside observers think they’re limping to the finish line and a prime suspect to get upset in Nashville.

I understand Tennessee has some question marks, but I’m not in the heaven falling crowd.

I think Joe Milton is going to have a great day. I think his attacking coaching staff will put him in a position to make plays and I think his teammates will rally around him.

I don’t think Vanderbilt can score enough to keep up even if the defense has another bad day. (Full disclosure, I thought the same thing about South Carolina).

Substitute me for a big win in Tennessee.

This can be typical of a team’s cover – or maybe just the opposite. Call it what you will, but I’ve grown more and more confident as the week has gone on that Tennessee will recover strongly. I think Vanderbilt will challenge the Vols early on, but Tennessee is by far the better football team and that should come through over the course of 60 minutes.

Well we all saw it last week. That was rough. Honestly, that was a different ball club that we’ve seen all season. Even on offense, the Vols looked out of sync at times despite a few points. I don’t believe in the whole “team shared” narrative that’s out there. We’ve heard it from too many downstairs saying the opposite. But the alternative was an underdog whipping your tail – and that’s still worrying.

Joe Milton gets the nod, and while it might look a little different, I expect Tennessee to pick up some points. Vanderbilt’s defense isn’t good, although he did some good things against Florida a week ago. I’ll again take my chances with the explosive offense that we’ve seen in nine games this season. The Commodore Pass defense is horrendous and Tennessee can take advantage of whoever lines up at wide receiver tomorrow.

But how will Tennessee react to the defensive side of football? We hear that all the time, but this week is really about pride for this group. Can you push some and influence the quarterback, can’t you cushion 10 yards on the zone play and can you put the edge on the perimeter run play? I think the Vols can do better in all three areas compared to last week. I’m not saying much, but I think you’ll see a motivated defense for Tennessee tomorrow.

I don’t think it’ll look as clean as we’re used to, but I think Tennessee is responding in the right way — playing some PO football en route to a double-digit win.

It feels like all bets are off after what happened a week ago. We haven’t seen this team all season. There was no indication there would be such a terrible disappointment. But here we are.

Still, I don’t think the Tennessee team that showed up in South Carolina last week is really what this team is. The Vols have had too many big answers in too many big moments since September 1st.

Josh Heupel told his players on Monday that they still have a lot to play and that’s the truth. Being two games away from a possible college football playoff spot…and then slipping into the Citrus Bowl would be the worst-case scenario for Tennessee fans. But winning 10 regular-season games (for the first time since 2003) and likely reaching a New Years Six Bowl game would be a more reassuring consolation prize, even after what happened last week.

South Carolina embarrassed a Tennessee team that was one of the best stories in college football this season when they moved into Williams-Brice Stadium last week. and Hendon hooker Ripping his ACL early in Q4, likely ending his Heisman campaign, was just cruel.

Vanderbilt is a good story, playing for bowl eligibility after upsetting Kentucky and Florida for the past two weeks. But I think this Tennessee team is rallying Joe MiltonHe’s finding answers despite South Carolina’s injury spate over the past week, and mostly playing for his own pride after being humiliated in primetime a week ago.

Cason Wallace makes it big in Kentucky’s win over Michigan