The facts about South Carolina from a Gamecocks beat writer 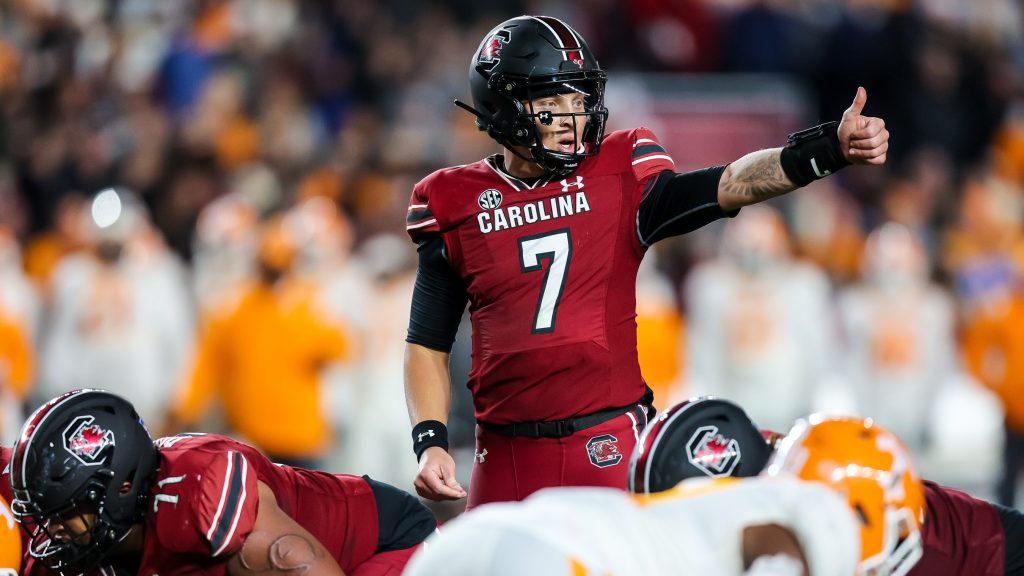 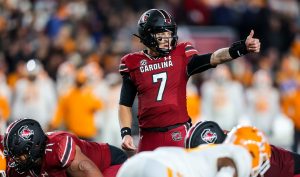 The Clemson Insider recently caught up with David Cloninger to get an inside look at South Carolina ahead of Clemson’s game against the Gamecocks. Cloninger covers athletics in South Carolina for The Post and Courier in Charleston.

Cloninger addressed a number of topics during the ensuing question-and-answer session, including last week’s offensive breakout for Carolina, the Gamecocks’ backfield situation, Carolina’s run defense and more ahead of Saturday’s game at Memorial Stadium.

Note: This interview has been edited for clarity

Carolina’s offensive performance was so much different against Tennessee than it was for most of the season. Why was that?

A couple of reasons. According to players, embattled offensive coordinator Marcus Satterfield just said, “(Forget) it” and stopped trying to outplay everyone. Just have (quarterback) Spencer Rattler work fast and pitch down the field. Rattler likes to do that, and it’s a mystery why this hasn’t been done before. Tennessee has a lazy secondary and the best way to take advantage of it was to throw the ball, so Satterfield cut his manpower packages, kept his best players on the field, and let it rip.

The other reason? Why Tennessee wasn’t pressuring Rattler more was beyond me. For most of the game, the Vols only rushed three. That offensive line wasn’t up to the challenge of stopping an aggressive blitz, but Tennessee didn’t test it. It challenged Rattler to sit back and throw, and he did.

How do you see Carolina attempting to attack a very different challenge on Clemson’s defense?

Like everyone else, they will want to start running the ball. (Running Back) MarShawn Lloyd hasn’t played the last three games, but Shane Beamer (South Carolina coach) said on Tuesday that he will play on Saturday (that’s a big “we’ll see” as we’ve heard variations on it). the last three weeks and he hasn’t played). If no Lloyd, (Tight End), Jaheim (Bell) will line up in the backfield and attempt to threaten Clemson to either run the ball or catch it from the backfield. Expect the tempo to stay the same and Rattler to take advantage of the rollout.

Speaking of Carolina’s injured running backs, anything on their status for the week?

Lloyd and Christian Beal-Smith were restricted in training on Tuesday. We’ll see if they travel but I wouldn’t expect both to play.

How would you describe Rattler’s season so far?

Disappointing. Last week he showed what he can do. It’s partly his offensive scheme (Rattler has said it’s the most complicated offense he’s ever had to learn), and partly his fault. There were times early in the season when he felt the pressure and it was like he’d just forgotten everything he’d learned about playing quarterback. He’d just throw the ball away when he had time to try and make a play, or throw to a receiver when there was an opening at the end of the field, or just make a bad throw. It wasn’t there most of the time until last week.

You alluded to it earlier, but Clemson’s coaches mentioned this week how Bell’s role on Carolina’s offense has changed recently. What does that look like for him?

He can do anything on the pitch and that was the biggest criticism of Satterfield early on. If he was so valuable, why wasn’t he out there? That has changed since the Missouri defeat. He can play running back. He can play tight end. He can play wide receiver. They’ll even use him as a leading full-back in the old Wishbone formation. Whatever he does, he must be held accountable on the field. And since Lloyd is not expected to play, he will be RB1.

Clemson’s coaches and players have also talked about how tall and athletic Carolina’s defensive line is. Still, the Gamecocks are 110th nationally in running defense. What is there?

Don’t absolve the d-line of blame because they have to be the first to stop the run. But the linebackers take most of the blame there. First, they’re shorthanded because (defensive coordinator) Clayton White runs a 4-2-5 scheme. Second, they lost starter Mo Kaba in the second game of the season, and as much as Sherrod Greene, Brad Johnson and Debo Williams play as hard as they can, they just aren’t very consistent. On the second level there is a lot of mismatch, slow reactions and just overtaking and when that happens it’s difficult for a (defender) to give up and help to try and trip a guy in the middle of the field.

Ultimately, what does Carolina need to do to be more competitive this time around in a series Clemson has dominated of late?

Other than score? The Gamecocks need to do two things to win: stop the run and have the same success on offense as they did last week. They scored last week without making a turnover or making a big break (like they did against Kentucky, Vanderbilt and Texas A&M). Those breaks gave them a cushion, and while they couldn’t stop the run against either team, they won every game. Last week, Tennessee returned just 11 carries to his star, and he was averaging over 7 yards per rush. No idea why the volunteers didn’t continue. If USC can stop Will Shipley (he’ll get his yards, but if they can keep him out of the endzone) and sling the ball around like they did against Tennessee, the streak can stop.