The time a bus full of black soldiers got caught 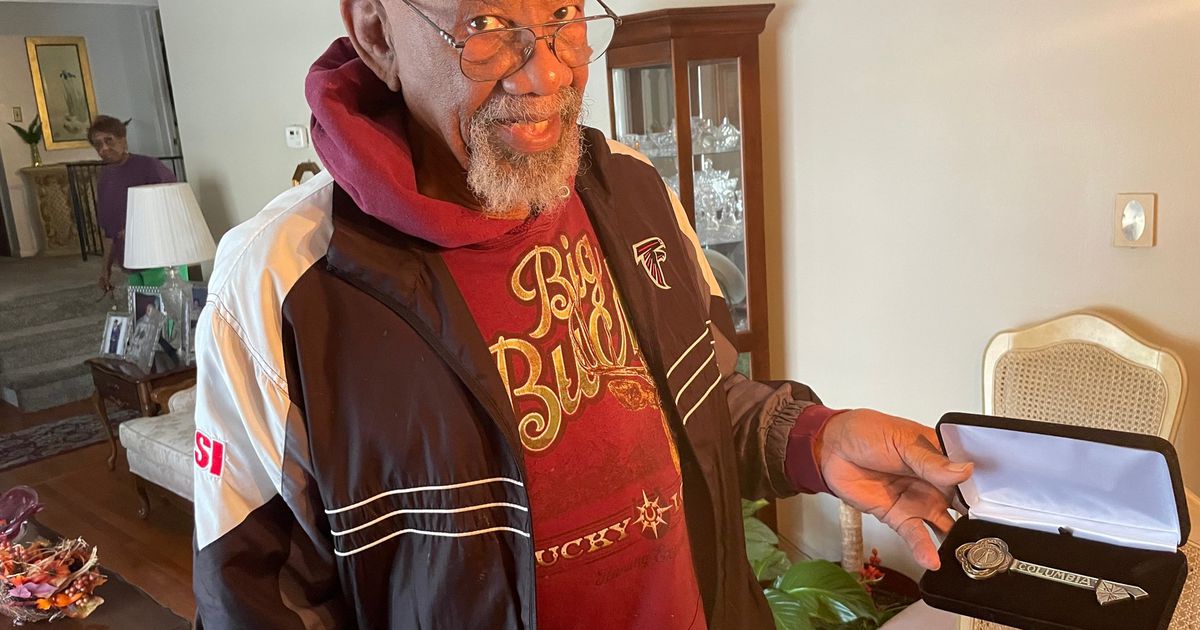 “He didn’t get up, so the bus driver stopped the bus and called the police,” Green said, telling me the story he told Treadwell in 2019. “When they came to get the guy, all the soldiers rushed to the back of the bus. Since they couldn’t find the guy, they put the whole bus in jail.”

According to the November 28, 1953 edition of the state newspaper, “the soldier’s companions dragged him to the back of the bus” and crowded around him.

“The concept was that if a guy was going to jail, he was going to have a hard time,” Green said. “Who knows? They might kill him. So the 50 guys shielded him. See that movie? ‘Spartacus?’

“‘I am Spartacus. I am Spartacus. I’m Spartacus,” Green said, recalling the famous line from the 1960 film about the entire rebel army refusing to surrender their leader to the Romans. All were crucified.

The 50 black soldiers (plus one lieutenant) had reason to act in solidarity in 1953 in South Carolina: Survival.

Seven years earlier, in 1946, Sgt. Isaac Woodard, a Black World War II veterinarian on his way home, was pulled from a Greyhound bus and brutally beaten by a small-town South Carolina police officer. The soldier had asked the driver to stop to use a toilet. He was permanently blinded by the attack.

Fort Jackson was incorporated in 1953. But surrounding Columbia, the capital of South Carolina, certainly wasn’t.

The soldiers spent the night in prison. They were later dragged before the magistrate and quickly learned to bite their tongues. If they said anything other than “guilty,” they were hit with additional fines.

The lieutenant on the bus questioned police at the scene and later attempted to speak to the judge. He was hit with escalating fines totaling $200. The newspaper said he “instigated” the soldiers.

Green, like most of his comrades, was fined $25.50. The money was deducted from his salary.

On the front page, alongside the mass arrests, was coverage of a court case over segregation and schools in South Carolina. The Briggs v. Elliott case was brought before the US Supreme Court and was consolidated with four other Brown v. Board of Education cases. Six months later, in May 1954, this landmark case outlawed segregation in public schools.

Green became a paratrooper. After his release, he tried his hand at the North, visiting siblings who were part of the Great Migration. But he returned south, took up furniture upholstery as a trade, and in 1965 married his wife Ella, a teacher. They moved to Atlanta in 1967 and he got a permanent job with the Postal Service.

Did the arrest upset him? No, he said. “I guess I was too naive. I was used to separate lives. Coming from Alabama, I was familiar with the do’s and don’ts. My parents taught me not to hate.”

Treadwell, the bridge player to whom Green told this story, knows Columbia well. In 1963, ten years after Green’s arrest, she and two young men were the first black students to be admitted to the University of South Carolina. Treadwell, the child of a civil rights family, was the plaintiff in this case.

The university is now casting a statue of Treadwell and the two men.

“Mr. Green said to me, ‘I want my money back,'” Treadwell said, laughing. But, she added, it wasn’t a joke with him. “I think it still burned inside him. It was so unfair. “

“You are powerless,” she said. “You can endanger your life by saying something. It was a sad place for us.”

Treadwell reached out to Bobby Donaldson, a professor who directs the Center for Civil Rights History and Research at the University of South Carolina.

Donaldson and researcher Christopher Frear unearthed information about the arrests. “I knew about the incident but nothing about the soldiers,” Donaldson said.

“The NAACP was aware of the symbolism of this case at the time; here was the cold war and black soldiers were arrested for being on a bus,” he said. “That bus became a scene of what was going on with segregation.”

However, with all the other events that were happening at the time, the case “kind of disappeared and became a footnote,” he said. That’s until Green mentions it after a bridge game.

Two years ago, the city of Columbia found out about Green’s case and gave him the key to the city.

One of the best weekend getaways in America

FCS Playoffs: No. 5 William & Mary at No. 4 Montana State Preview

The Montana Legislature prepares to shape the state budget